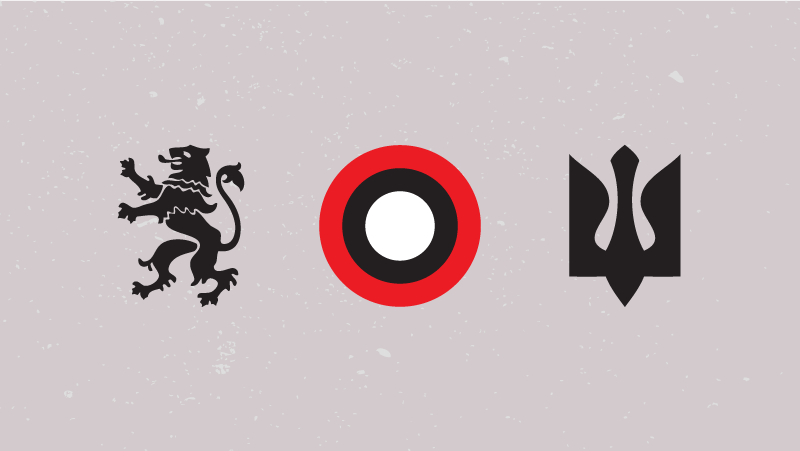 COATS OF ARMS AND SYMBOLS ON CLOTHES BY AVIATSIYA HALYCHYNY

If you take a closer look at our clothes, you can see a great deal of various coats of arms and symbols. This is a great part of our brand identity we have been working on for a long time from the very beginning. For sure, it is impossible to cover all the nuances and aspects of our chevrons in one article since there are lots of them and they have an entire history. When talking about clothes dedicated to brigades, to a great extent we tried to depict the chevrons of these detachments in contemporary design. It should be pointed out that we started in 2014 – it was the start of the war. So, Ukrainian Army in our today’s understanding and perception, with the contemporary identity and weapons, had yet to get into its full swing. All the brigades still had their old chevrons and symbols which were soviet in their essence and design. At that time, we had been dreaming that one day we would see them beautiful, powerful and cool – just the way they are now. A part of the identity is simply invented as that of the collection “Hutsul Space Program”. But still, there are some common things we use more frequently than other ones. So, let’s talk about them. 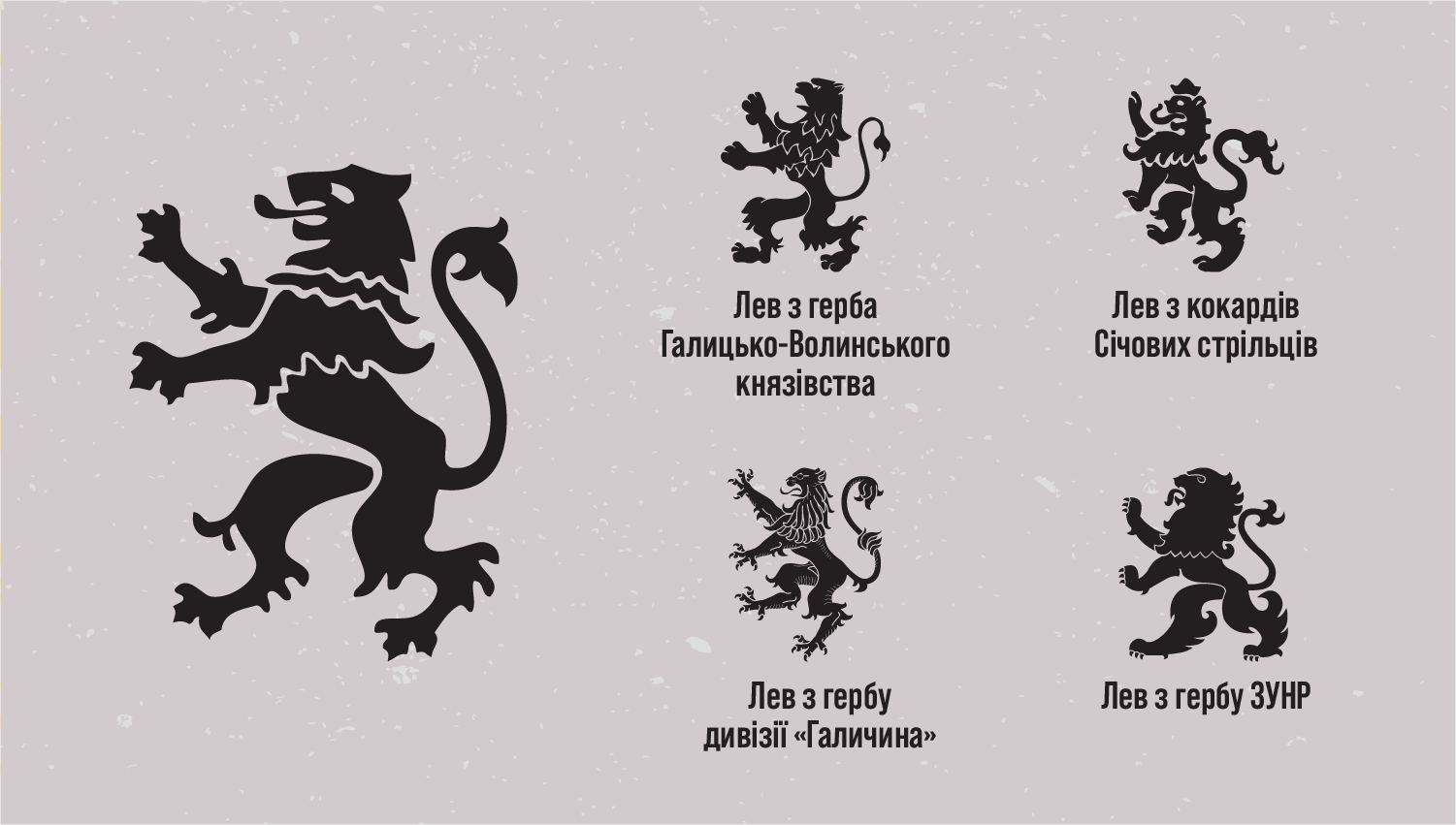 Lion is an ancient symbol which is traditional not only for Lviv (although it is somewhat essential), but also for heraldry in general. It embodies strength, courage and generosity at the same time. In the European tradition, it is a symbol of a king or a prince. It is very common on historical coats of arms of England, France, Norway, Bulgaria, Sweden, and, for sure, mediaeval Kyivan Rus’.

In terms of our particular lion (the one which is depicted on our logo), this picture has deep historical roots. In Ukrainian heraldry, lion is associated with Western Ukraine. The first “prototype” (so to say) of this lion was depicted on the coat of arms of the Principality of Halychyna and Volhynia. This is the so called “Rus’ lion”. Later on, in different historical periods, this lion was represented on the coats of arms of Lviv, cockades of the Legion of Ukrainian Sichovi Striltsi, coats of arms of the West Ukrainian People’s Republic and the Division “Galicia” in slightly altered forms. We wanted to preserve and emphasize the historical continuity and relation with Lviv and Halychyna, so this lion, the most famous symbol of our land, couldn’t but become the core of our logo. 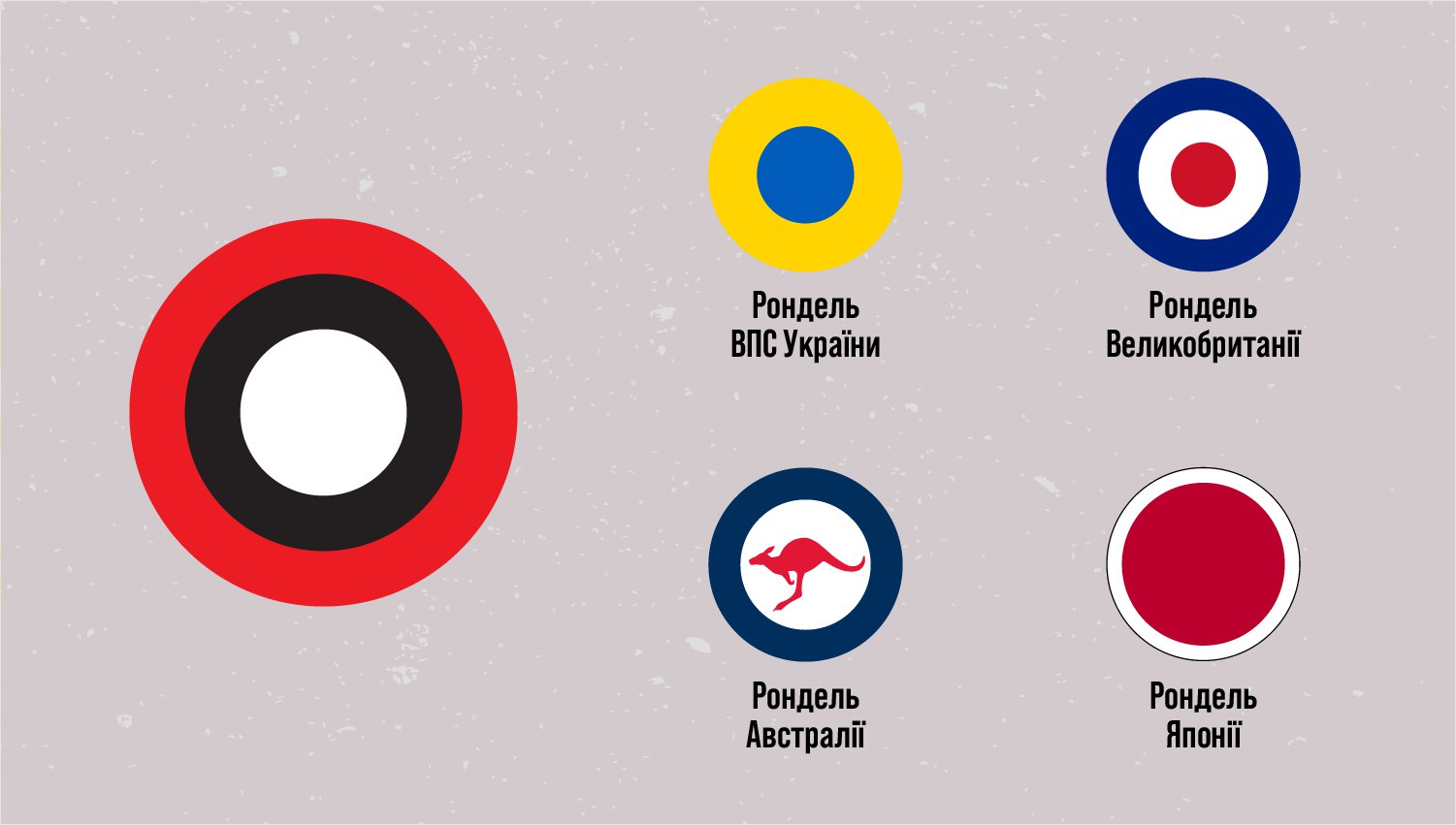 Every country has a roundel. In fact, this is an identification mark of military aircrafts. Usually roundels repeat the elements of national flags or symbols in terms of colors and motifs. For instance, Australian aircrafts have a kangaroo depicted on the roundel; Canadian roundels have a maple leaf in a blue circle. Great Britain simply has a blue, white and red roundel which gained enormous popularity thanks to the subculture of mods and The Who (a rock band).

Interestingly, almost all aggressive totalitarian counties including North Korea, China, Russia, and Belarus have a star instead of a roundel — mostly red and with no background). Nowadays, the Ukrainian Air Force uses a yellow and blue roundel (or a yellow and blue roundel with an anchor in case this is aviation of the Ukrainian Naval Forces). But these roundels started being used very recently, i.e. since the approval of the new symbols of the Ukrainian Army; before they had been used in the aviation of the Ukrainian People’s Republic. So we fantasized and came up with an idea that if such a regiment as Aviation of Halychyna existed in reality, a red and black roundel (with a lion or trident) would definitely be one of its identification marks. So now we use both variants ⎯ the real roundel of the Ukrainian Air Forces and our imaginary Galician one. 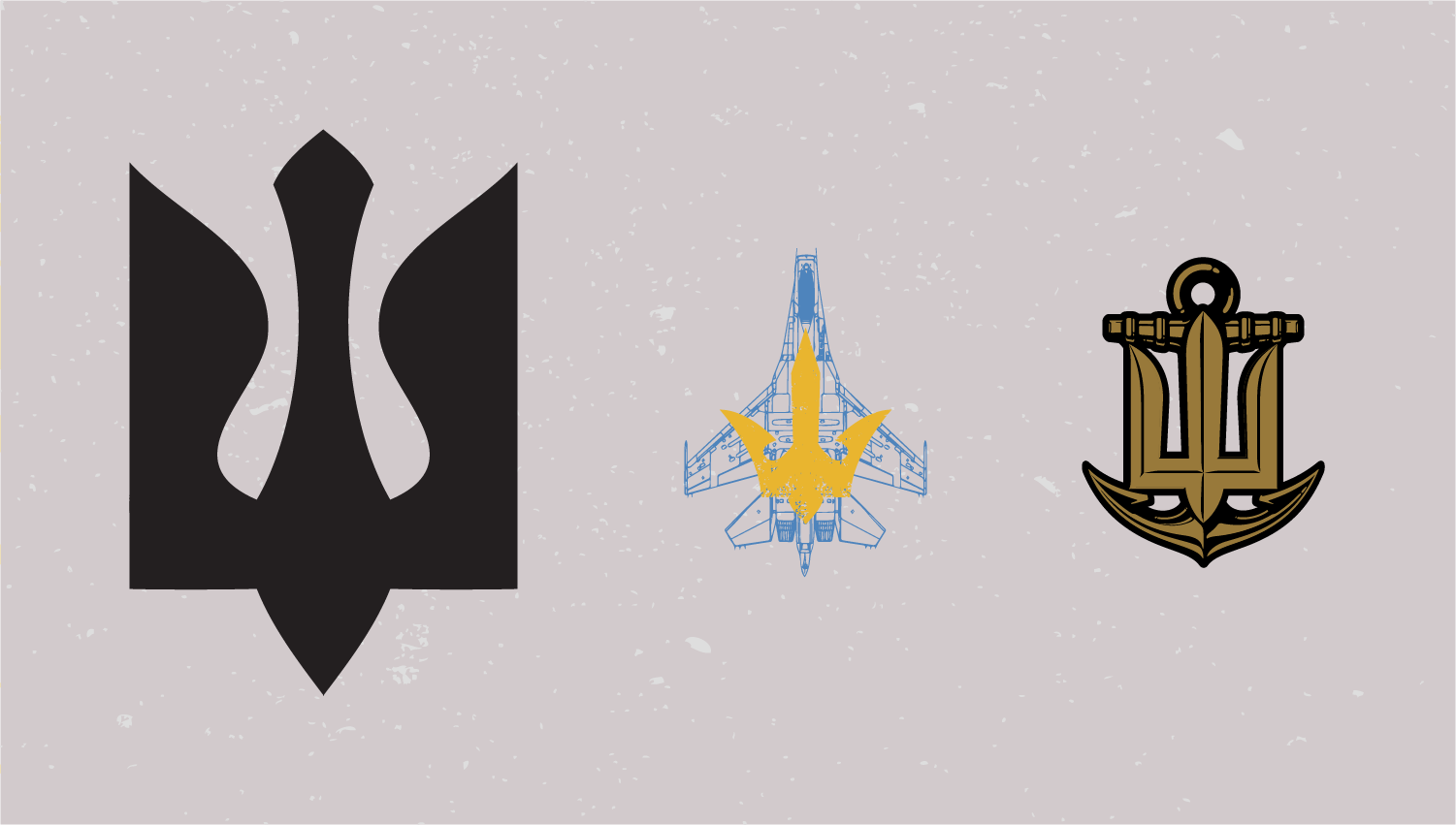 For sure, the trident is known as a symbol since the times of Kyivan Rus’. Frankly, its variants had been in use in various countries till a certain period. There were lots of them throughout the history. Even in the times of Kyivan Rus’ it had been evolving till it became the way we know it now. However, we use the historical aviation trident. It slightly differs in shape; it has sharper solid knifelike rays. Tridents of such shape (or almost) were depicted on the aircrafts of Ukrainian Galician Army and the Air Force of Ukrainian People’s Republic by the pilots. We’re soooo happy that such a trident is a part of the official symbols of the Ukrainian Air Force.

Sometimes we stylize the Ukrainian coat of arms on our clothes to fit the theme, for example, as on the back of the polo “The 10th Brigade” or polo “The Ukrainian Falcons”.