The 299th Vasyl Nikiforov Tactical Aviation Brigade goes back to 1992. It is stationed in Mykolayiv city. In hangars, there are Su-25 front-line attack aircrafts of various modifications. People call this plane “the Rook”. A single-seat aircraft that makes it hot to the enemy, as it destroys objects at specified coordinates.

They did well, so they were renowned for being the best aviation base of the Ukrainian Air Force according to the results of 2012.

Since 2014, the Brigade has been involved in the war with Russia in the East of Ukraine, in battles for Marynivka and Illovaysk, in particular.

Even when the enemy attacks toughly, they do not give surrender and fight back until the final moment. In one of the battles for the territory of Ukraine, the pilot, risking his life, flew to the Dnipro on a damaged plane to drop the unexploded ammunition, and landed on the fuselage without landing gear.

Despite being injured, the soldiers again went into combat and defended Ukrainian land. 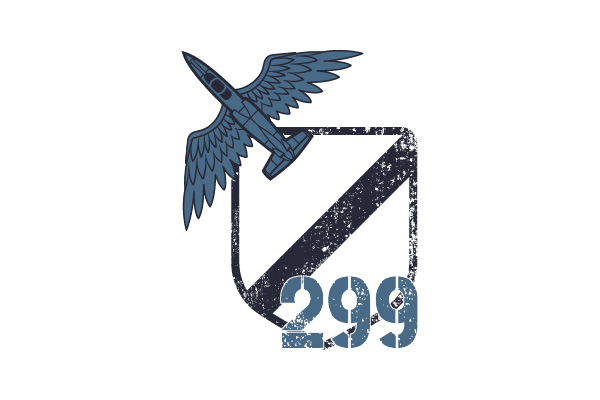 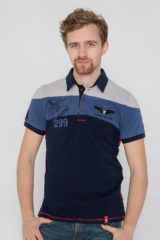 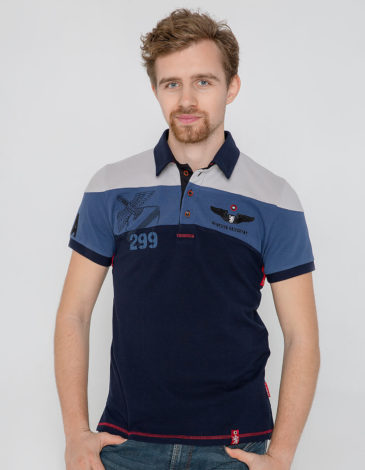 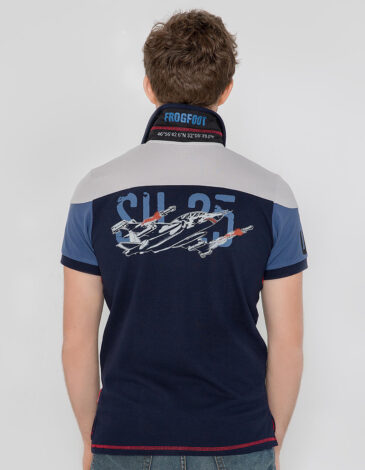 Aviatsiya Halychyny
AH_c2a756d1-5208-11e9-a21a-0cc47a40fa97 Men’s polo dedicated to one of the most combative brigades of the Ukrainian Air Force. There is a print with an aircraft that has the wings of a bird and the number of the Brigade on the chest. On the left side of the chest there is an embroidered logo of Aviatsiya Halychyny. On the back there is an attacking Su-25 – a legend of Ukrainian army, the famous “Rook” (these aircrafts are in service of the Brigade). There is the location coordinates of the Brigade (50°35’28.1"N  30°12’25.3"E) and the inscription FROGFOOT (this is the name by which the aircraft is known all over the world) on the collar. Comfortable ventilators and a loop for glasses make the polo even better. See more men's polo shirts in the catalog 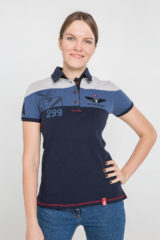 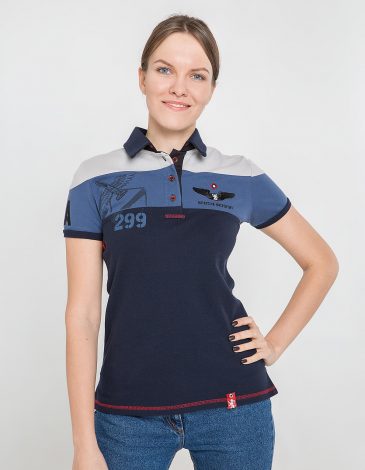 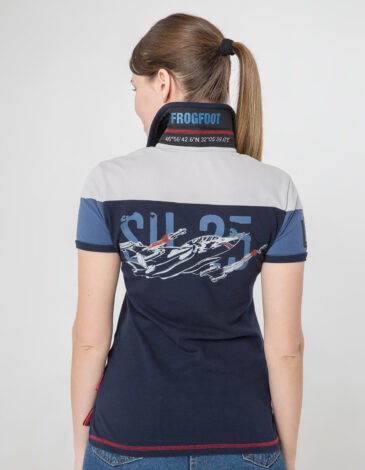 Aviatsiya Halychyny
AH_1039fc8b-5209-11e9-a21a-0cc47a40fa97 One more wonderful way to feel the freedom to fly. Comfortable women’s polo in colors of thunderous sky that perfectly suits the Brigade itself. Fairly reserved, but energetically powerful. It is decorated with numerous wings: on the imprinted chevron, on the back print where the attack helicopter Su-25 is depicted, and, for sure, on the logo of Aviatsiya Halychyny on the front. For more comfort there are contrasting ventilators and a special loop for glasses below the fastener. See more women's polo shirts in the catalog