The 831st Tactical Aviation Brigade of the Air Force is stationed in Myrhorod, Poltava region. In service since 1941, but then it used to be the 659th Fighter Regiment. Its pilots took part in the Second World War and made it hot there, as they had undertaken 9,960 combat sorties (10,451 hours in the sky, i.e. 14 months), conducted 531 air battles, shot down 47 aircrafts and 838 units of military equipment. In short, they shook up the Germans well.

When the Armed Forces of Ukraine were created, the brigade used to be one of the most battle-worthy divisions of Air Force; now the boys do not slow down. In addition to military operations, the Brigade takes part in international air shows.

Today the Brigade flies with Su-27 of various modifications and L-39. They are always on alert as the Brigade is included to Rapid Reaction Force. They direct their forces to defend the Ukrainian borders in the war with Russia. 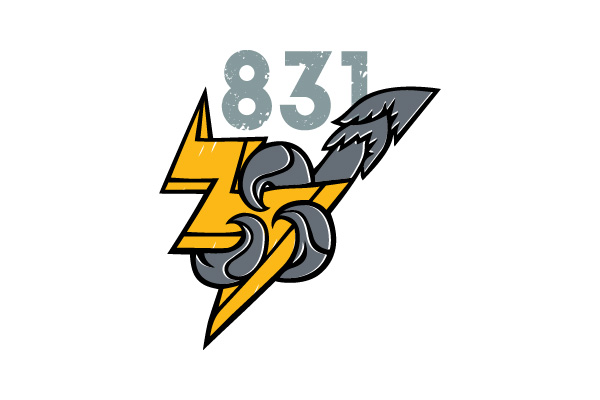 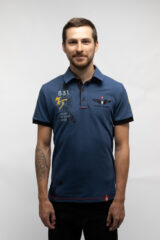 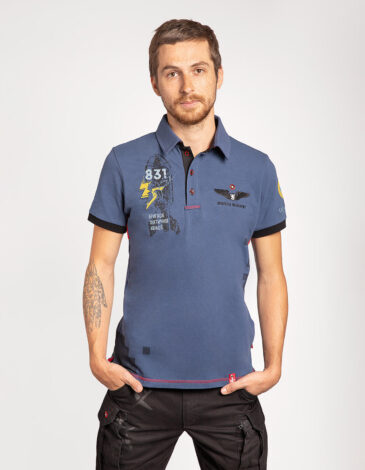 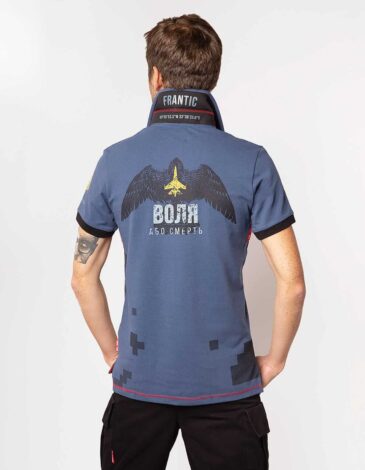 Aviatsiya Halychyny
AH_eccfcd8f-b7be-11ea-a230-0cc47a40fa97 Formal men’s polo in colors of a thunderous sky, perfect fot the 831st Tactical Aviation Brigade, the one that defends Ukrainian sky. On the chest there is a large print with a lightning (it’s a symbol of speed and strength) and the number of the Brigade and the embroidered logo of Aviatsiya Halychyny from the other side. On the shoulder there is a roundel of the Ukrainian Air Force colored yellow and blue; the polo itself is decorated with pixel ornament, the one as on Ukrainian aircrafts. On the back there is a print with a bird in flight and the aircraft Su - 27 (the same aircrafts are in service of the Brigade), and the motto “Воля або смерть” (“Freedom or death”). On the collar, the Brigade’s location coordinates are indicated -  49°55’53.3’’N 33°28’23.0’’E , as well as the inscription “FRANTIC” in honor of the most high-profile operation in which the Brigade participated 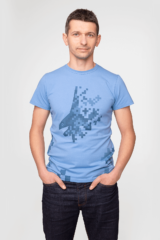 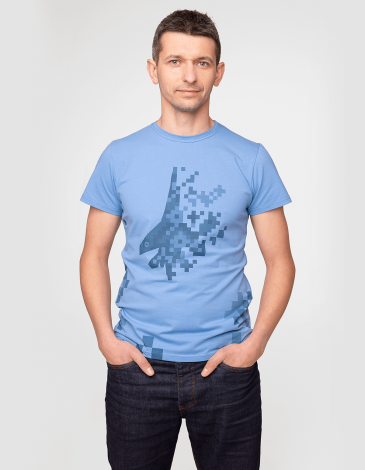 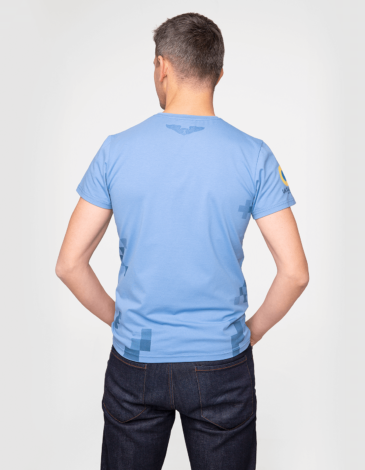 Aviatsiya Halychyny
AH_05526169-1b30-11ea-a228-0cc47a40fa97 Cross-funcional and very “aerial” men’s T-shirt, in which you can wear both camouflage and non-camouflage. It has a blue pixel camouflage print – the same is used by the Ukrainian Air Force on their aircrafts. And also the imprinted silhouette of the legendary Su-27. There is an inscription “Proudly made in Ukraine” on the side label, and the logo of Aviatsiya Halychyny on the back top, as well as the yellow and blue roundel with the inscription “Ukrainian Air Force”. See more men's t-shirts in the catalog 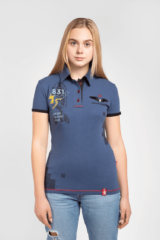 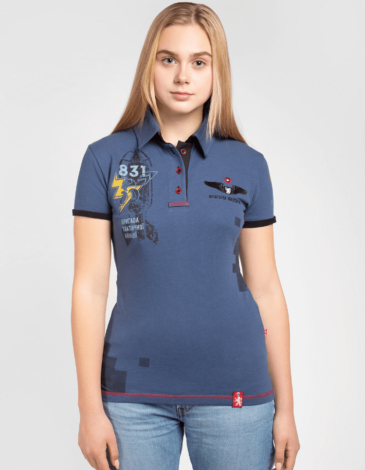 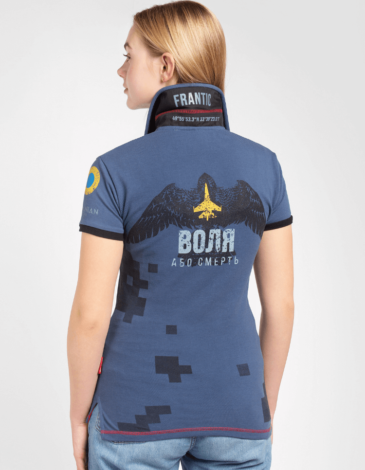 Aviatsiya Halychyny
AH_d92f6f77-b7be-11ea-a230-0cc47a40fa97 Neat women’s polo that has the fragrance of the force of nature. Dark blue, with a tinge of gray, like the thunderous sky. There is a large print with a lightning that gives the feeling of sky and the Brigade’s number on the chest. For sure, there is also our embroidered logo as well as roundel of the Ukrainian Air Force, certainly yellow and blue. The polo is ornamented with pixels, the same as on Ukrainian aircrafts. “Воля або смерть” (“Freedom or death”) is the motto indicated on the back print. Coordinates of the Brigade 49°55’53.3’’N 33°28’23.0’’E are imprinted on the collar, as well as the inscription “FRANTIC” – this is how the large-scale operation in which the Brigade participated was called. See more women's polo shirts in the catalog 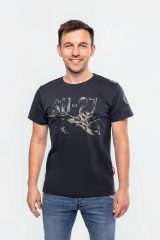 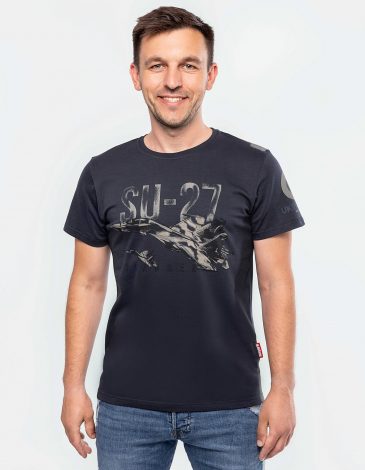 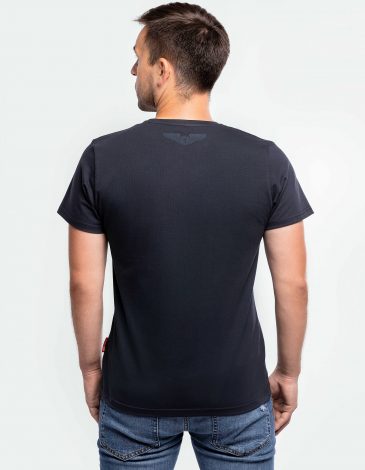 Aviatsiya Halychyny
AH_521ba1ee-1693-11ea-a226-0cc47a40fa97 Men’s T-shirt for those who are strong in spirit. On the chest there is a print of Su-27 (international reporting name FLANKER) with the picture of the arcrafts themselves in the battle painting typical for aviation of the Armed Forces of Ukraine. On the left sleeve there is a roundel (the Air Force mark their aircrafts with such circles) and the caption “Ukrainian Air Force”’; our imprinted logo is on the back. See more men's t-shirts in the catalog 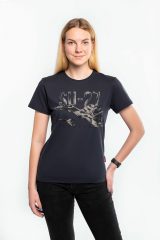 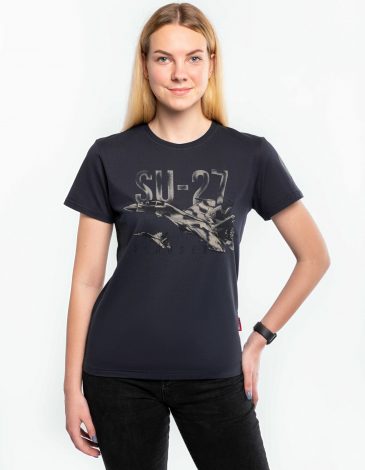 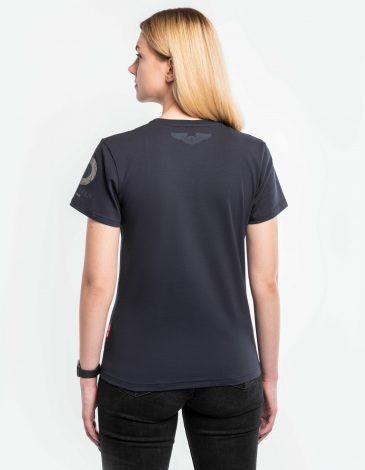 Aviatsiya Halychyny
AH_d150c444-2886-11ea-a228-0cc47a40fa97 Cross-functional and practical women’s T-shirt in khaki. Military in spirit and quite universal in style. Dedicated to the legendary aircraft of Ukrainian Air Forces – Su-27, also known as FLANKER all over the world. In addition to a large print with an aircraft on the chest, it also has an imprinted roundel on the sleeve and our logo on the back. See more women's t-shirts in the catalog 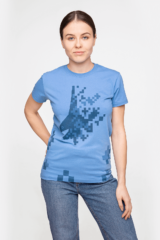 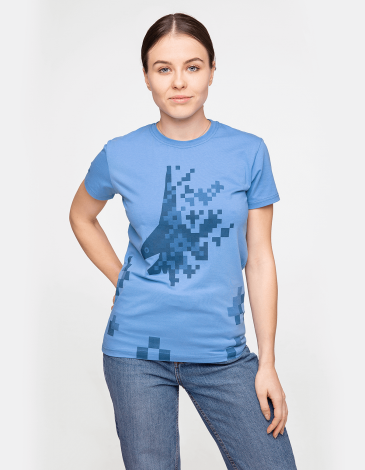 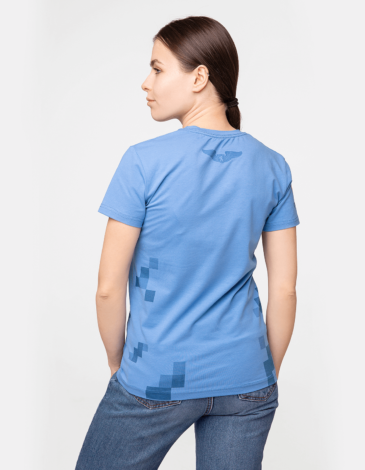 Aviatsiya Halychyny
AH_01b98d7f-1b2e-11ea-a228-0cc47a40fa97 The camouflage of aircrafts of Ukrainian Army resembles embroidered patterns of traditional Ukrainian vyshyvanka, and the latter, as we know, always suits everybody. Sky-blue women’s T-shirt with a pixel ornament of the Ukrainian Air Force and the oulines of the aircraft Su-27. Strength and beauty combined in one piece, as it should be in T-shirts for ladies. See more women's t-shirts in the catalog