The first airport of Lviv, which was located in Levandivka and built in 1914, witnessed even airships and wooden planes, as well as Polish “samolot” and even “Ilya Muromets” airliner. Here, on August 2, 1922, the maiden scheduled passenger flight Gdańsk — Warsaw — Lviv was made. The flights from Lviv to Kraków or Vienna were as frequent as the electric train trips to the Carpathians today.

There were many people willing to visit Lviv, but the airport was not efficient for this purpose. There was no way to expand it. So in 1929 a new airport was opened near the village of Sknyliv. During the interwar period, they cared about the clients there very much. From the city center to the airport luggage was delivered by a bus free of charge, and there were specially trained people who carried the suitcases. Respectable clients were transported by a car.

However, the Second World War knocked out it all, because as a result of the 1939 bombing, the runways were damaged. The planes had to run from temporary airports. Only in 1944 could the airfield be restored.

Although in the 1960 the airport lost its international status, the 1980s saw the highest intensity of aircraft departures from Lviv airport – about 60 per day.

The airport flourished in 2012. Loads of football fans gathered in Lviv for Euro-2012. A new terminal was built to accommodate everyone. The runway has been improved and lengthened.

At first they wanted to name the airport after Stepan Bandera. But they opted for another patron, and now full name of the airport is “Danylo Halytskyi International Airport “Lviv”.

Today it is the largest international airport in Western Ukraine. Finally we have an airfield that you can be proud of and to which you aren’t ashamed invite someone. 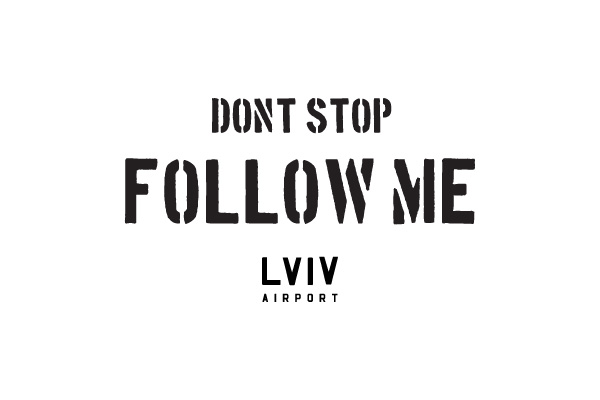 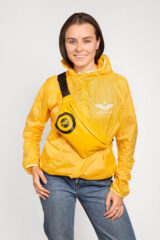 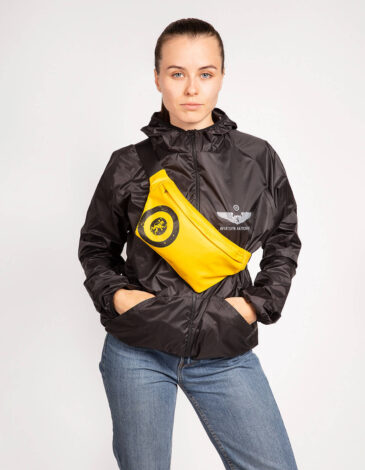 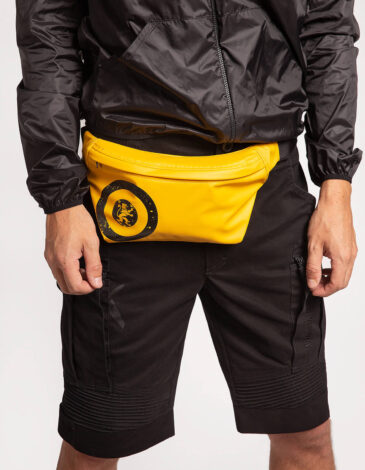 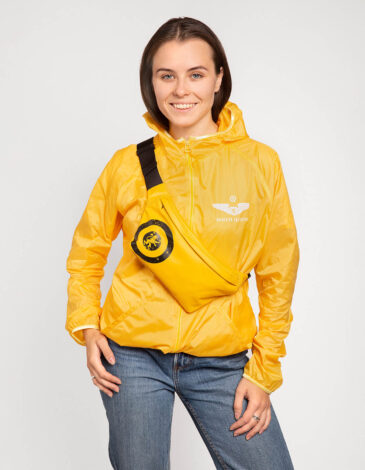 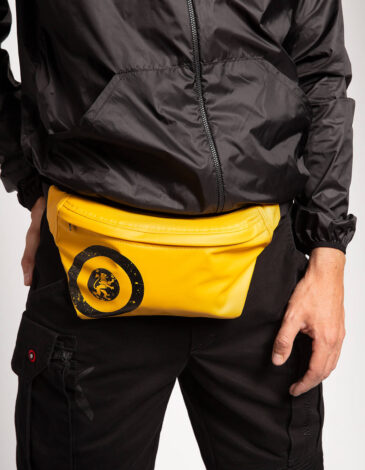 Aviatsiya Halychyny
AH_f08e7a18-355f-11eb-a232-0cc47a40fa97 We have a garment that will protect you from the wind, where it will be needed: in the city, in the mountains, and in the air. A bright and cheerful windbreaker in a warm yellow color. If necessary, it is can be compactly packed up in a yellow waist bag. It has a ventilator on the back and side pockets with a zipper. The bag itself is made of durable, moisture-proof material; it is imprinted like the windbreaker itself. On the back there is a print from the airport collection – an inscription “FOLLOW ME”; there is our logo on the front, the waist bag has an imprinted roundel with a lion in the middle. The waist bag can be worn separately and you don't have to worry about your phone getting wet in the rain in Lviv.:-)

SET “HAVE A NICE FLIGHT” 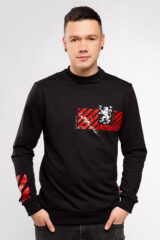 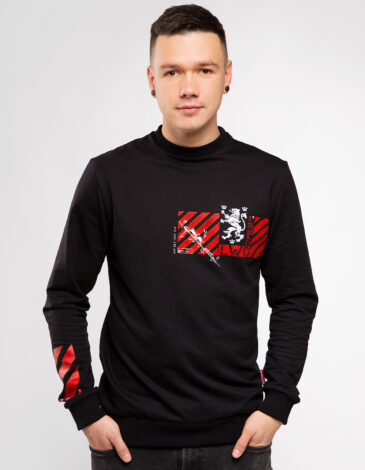 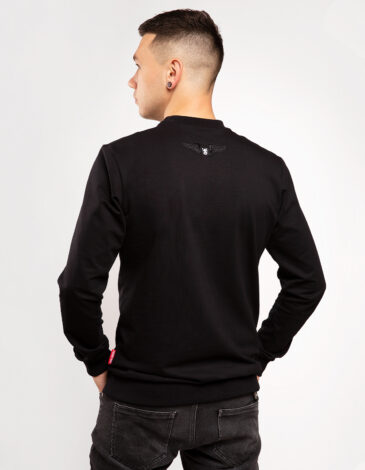 Aviatsiya Halychyny
AH_322abc69-0d4b-11eb-a231-0cc47a40fa97 Confident and manly long sleeve dedicated to Lviv airport. It is cool to meet city visitors or friends in this polo. Or even enemies, but it’s a completely different story. It is designed in our favorite red and black colors. There is a traditional for Halychyna lion with crowns on the chest. There is also much technical information about the Lviv airport including its scheme, call sign and radiofrequency. There is codification of the runway on the sleeve. Extremely bold sweatshirt. 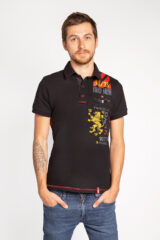 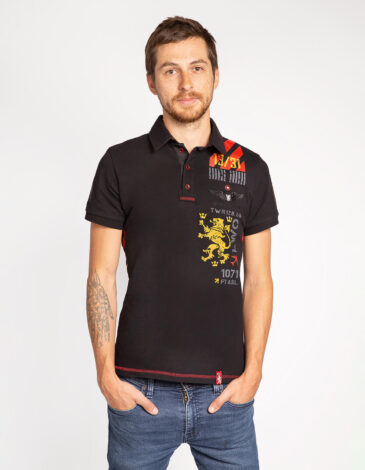 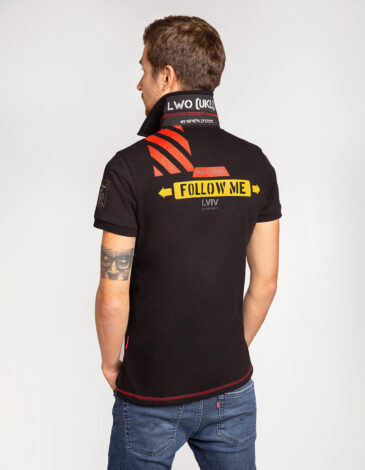 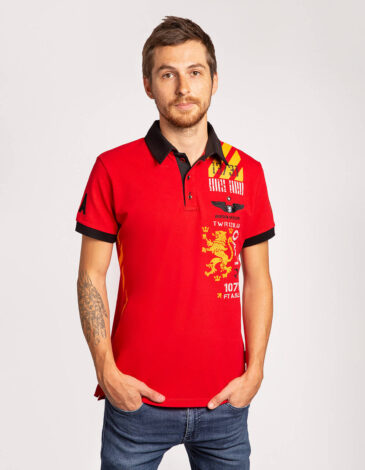 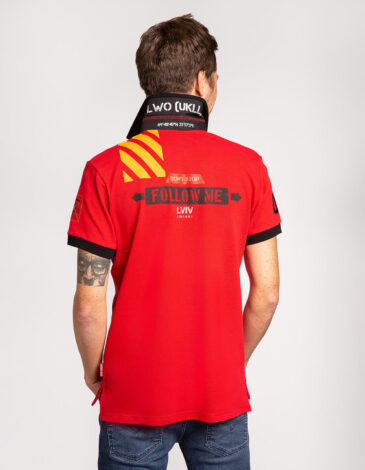 Aviatsiya Halychyny
AH_3ca082c2-b7bf-11ea-a230-0cc47a40fa97 The second edition of the world’s best polo dedicated to the airport of Lviv city. A bright and bold men’s polo, "modernized" to some extent, but it carries no less information about the place itself than the previous ones;  On the sleeve there is a large embroidered patch “UA”; in addition to our embroidered logo on the chest, there is a large complex print with the Lviv lion depicted on it, as well as the international codification of the airport LWO, frequency of radio communication with the tower – TWR 128.60, and number of the runway – 13 - 31. The coordinates of the Lviv Airport 49°48’45’’N 23°57’22’’Е are indicated on the collar. Polo that gives the feeling of adventures. See more men's polo shirts in the catalog 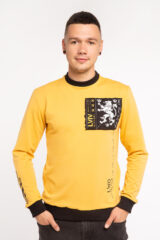 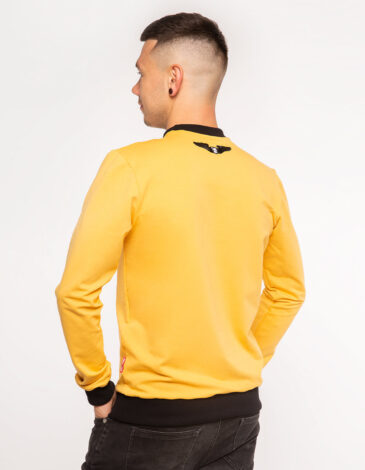 Aviatsiya Halychyny
AH_15e9765d-0d4b-11eb-a231-0cc47a40fa97 The best men’s long sleeve for travels. Especially for travels that start from the Lviv airport. It is also nice to give it as a present or souvenir from Lviv when your loved ones leave the city. Warm, bright and comfortable. There is an imprinted appliqué with our Galician lion and airport coordinates on the chest. There is Lviv airport runway marking 31-13 on the sleeve. Below the appliqué there is a print with the international codification of the airport LWO and radiofrequency of the tower 128.00. There is our traditional embroidered logo on the back top.

HAVE A NICE FLIGHT 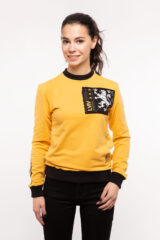 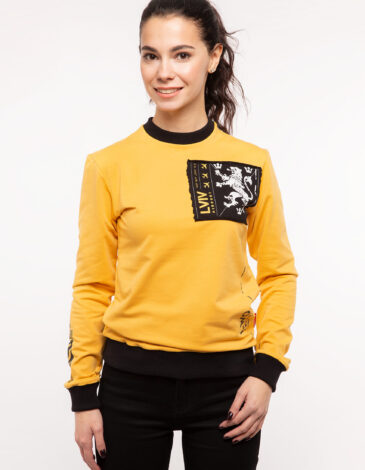 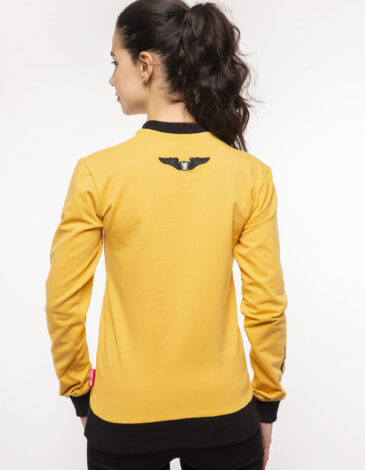 Aviatsiya Halychyny
AH_e286041a-0d4e-11eb-a231-0cc47a40fa97 A cozy women’s long sleeve in the color of the sun for travels or as a souvenir for friends from other cities or countries to make farewell memorable and parting less sad. There is a contrasting imprinted appliqué on the chest that depicts a Galician lion with crowns and coordinates of the airport; there is also the runway marking on the sleeve and the international codification together with radiofrequency on the bottom to know in details where you are flying from.

HAVE A NICE FLIGH 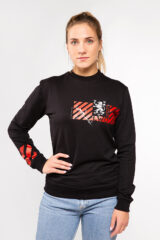 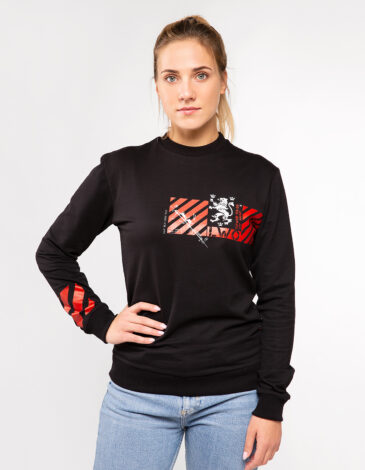 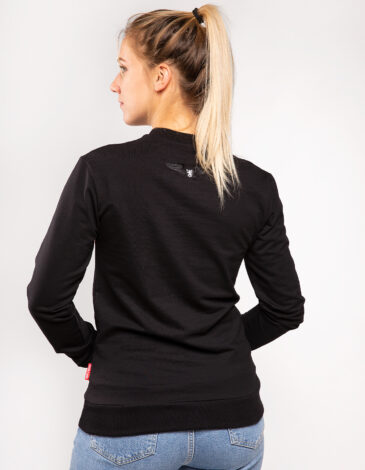 Aviatsiya Halychyny
AH_f60fab18-0d4e-11eb-a231-0cc47a40fa97 Red is for love, and black is for sorrow. But red and black is for courage, pride and bravery. This is the spirit of this women’s sweatshirt dedicated to the airport of the beloved city. Reserved and passionate, minimalistic and bright at the same time. It seems to combine two spirits that together create their own synergy of color and mood. In addition to proper spirit, it contains a great deal of useful information on the prints: airport coordinates, its scheme (top view), radiofrequency and call sings. It is quite easy to change the world in it, let alone welcome friends. 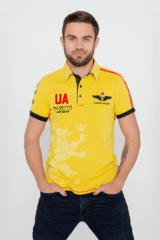 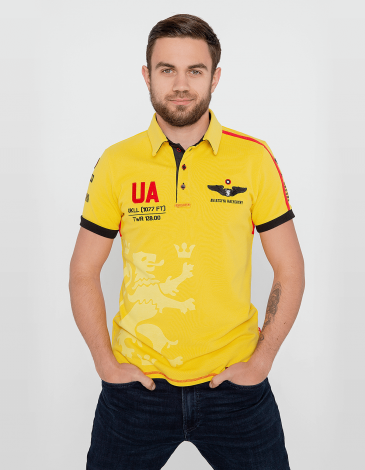 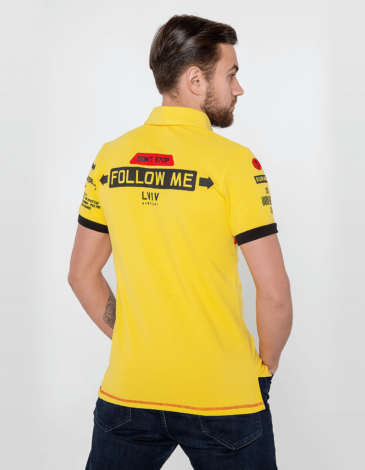 Aviatsiya Halychyny
AH_f0aa6250-8a8f-11e8-a20f-0cc47a40fa97 Perhaps, it is the world’s best polo dedicated to an airport. This is probably due to the fact that the citizens of Lviv have a great love for their city. One of the brightest men’s polo shirts. On the chest there is an embroidered patch “UA” for everyone to know who you are and where you are from, and the radiofrequency of the Lviv Airport. There is a large printed lion from the city’s emblem below. There is the Lviv Airport runway marking on the right sleeve. The sewn number “1” means this is the first polo we decided to release. On the left sleeve there is the Junkers, the first aircraft that made the passenger flight from Lviv. In addition, there is some technical information about this aircraft. A cool polo for cool travels. See more men's polo shirts in the catalog 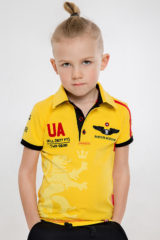 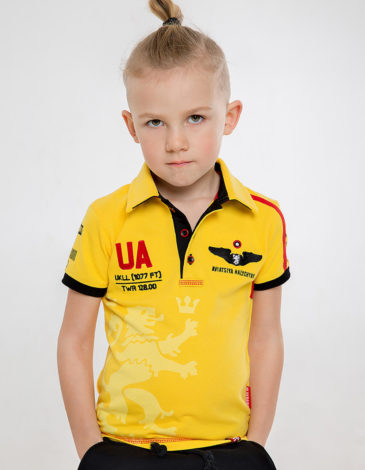 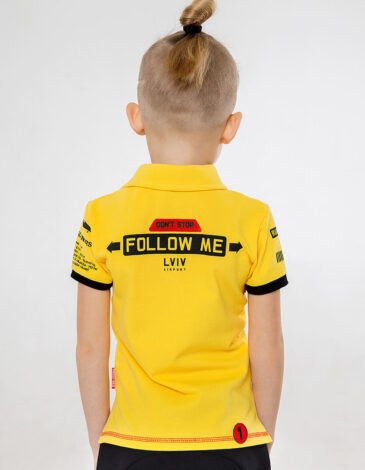 Aviatsiya Halychyny
AH_9f384b3b-8a98-11e8-a20f-0cc47a40fa97 When little naughty children travel somewhere, the main problem is not to lose them in the crowd. It is much easier to keep an eye on them when they wear our kid’s polo. Breathable fabric, ventilators to quickly get cool after playing games, slits for easy putting on and off. But only the design is better than cross-functionality. There is the Lviv lion and the plane, the one that made the first passenger flight from Lviv almost 100 years ago, and a large print on the back with the inscription “Follow me”, in case the parents get lost. ;-) See more kids' polo shirts in the catalog