Angelo d’Arrigo was an Italian air sportsman, innovator, hang-glider and a man who couldn’t imagine his life without the sky.

Angelo d’Arrigo’s path to long-distance free-flying started from nursing two bird offspring — condors. It was he who developed a hang glider that imitates the wing of a condor, and flew with these birds, teaching them to fly. Later on, he flew with them, watching the birds catch the air currents at a particular altitude. So he became the first to fly with a hang glider to an altitude of 9000 meters.

For his love for the sky he received a nickname “Human Condor”.

Despite his experience in dangerous flights, he died in 2006 at an air show as a passenger of a small plane. 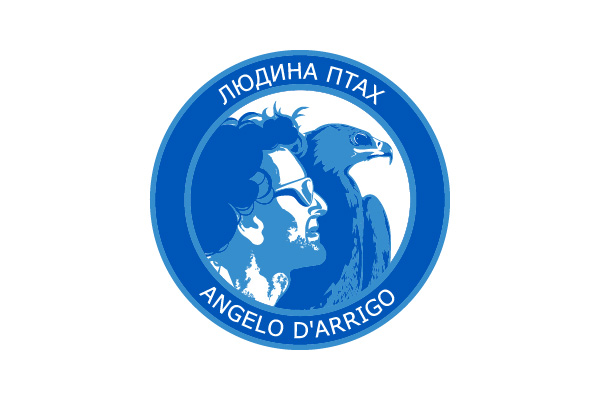 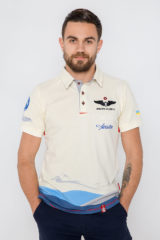 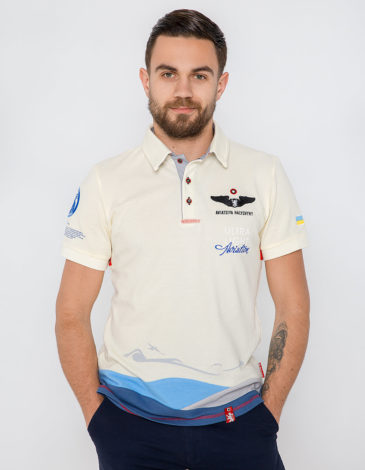 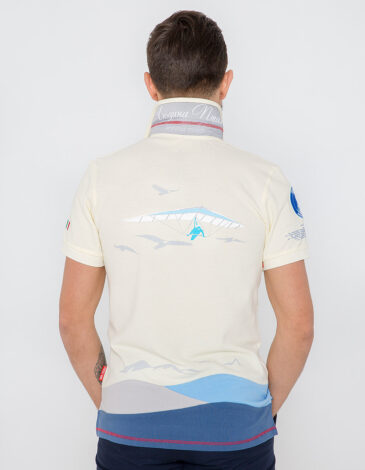 Aviatsiya Halychyny
AH_4cfb1b22-8a71-11e8-a20f-0cc47a40fa97 Polo with fabric inserts suitable for various looks. It is made of natural fabric so as not to run hot. There are fabric inserts in the form of mountains. There is a special loop for glasses below the buttons. On the left side of the chest there is an embroidered logo of Aviatsiya Halychyny and the inscription “Ultra light aircraft”. There are birds over mountains imprinted on the front. The sleeves are decorated with chevrons. On the left sleve there are flags of Ukraine and Italy; on the right one there is a portrait of Angelo d’Arrigo and the listed achievements of the air sportsman. The back is decorated with imprinted pictures of the hang glider flying over mountains; the glider’s framework is embroidered. There is an inscription “Людина птах” (“Human Condor”) (Angelo’s nickname) and the coordinates of his place of birth: 37°30′0″N. 15°5′25″E. To make the polo even more comfortable, there are special ventilators under the sleeves. See more men's polo shirts in the catalog 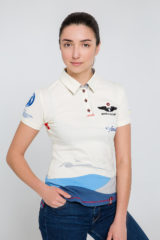 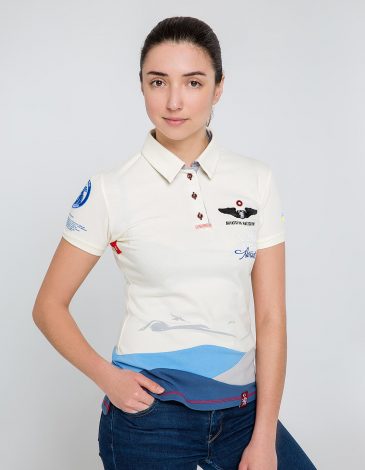 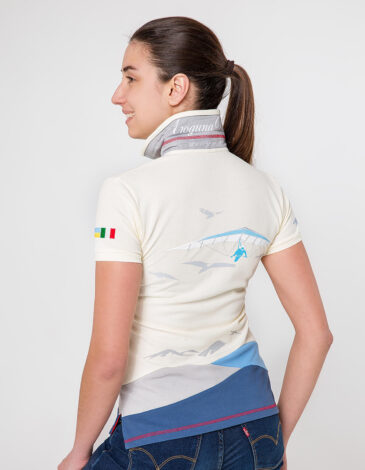 Aviatsiya Halychyny
AH_47d71a3f-8a96-11e8-a20f-0cc47a40fa97 Laconic polo that wil complement your look. Made of natural fabric for you not to overheat in the hot season. Tailored following an original cut with fabric inserts in the form of mountains. It does up with 3 buttons; below them there is a special loop for glasses. On the chest there is an embroidered logo of Aviatsiya Halychyny and the inscription “Ultra light aircraft”. On the bottom of the polo there are imprined birds flying over mountains. On the right sleeve there are chevrons of the flags of Ukraine and Italy. On the left sleeve there is an embroidered chevron with d’Arrigo’s portrait. There are the achivments of the Italian air sportsman listed below it. The back is decorated with an imprinted picture of the hang glider flying over mountain peaks. The glider’s framework is embroidered. Having unfolded the collar you can see theinscription “Людина птах” (“Human Condor”) – Angelo’s nickname – and the coordinates of his place of birth: 37°30′0″N. 15°5′25″E. Under the sleeves there are special holes for ventilation. They give extra comfort in summer. See more women's polo shirts in the catalog 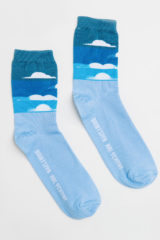 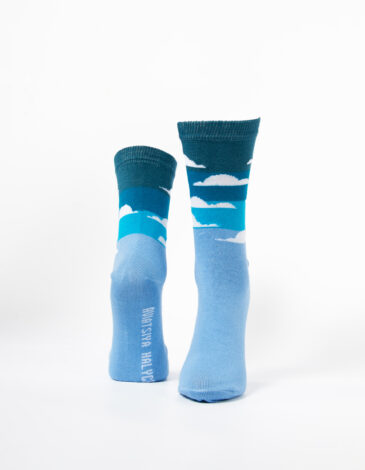 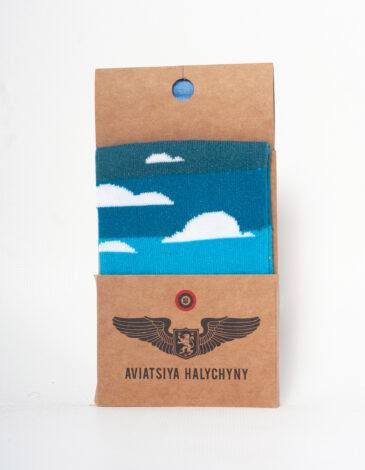 Aviatsiya Halychyny
AH_86dc8c9d-9585-11e8-a210-0cc47a40fa97 Long socks in which you will walk over the clouds! Comfortable for any season as they are made of natural fabric.