While in Paris hot air balloons flew fueled with burnt straw, in Lviv a bunch of wise men created a device that made it easier to take a balloon to the air. Six months after the Parisians took their balloon to the air, on March 4, 1784, the hot air balloon was launched in Lviv using the automatic gas burner with liquid fuel by Ignatsiy Martynovych and Nepomuk Herman. The burner of Lviv inventors heated the air in the envelope as it became cooler, and kept the balloon in the sky for a long time until there was enough fuel.

In addition to a good burner, the material of the balloon itself was strengthened. The thin silk fabric of the envelope was soaked with a mixture of drying oil and wax.

That flight started in the Bielski’s garden in the presence of the local nobility. The whole city gathered to see how that hot air balloon would take off. The first balloon was launched without spectators. No one knew what could happen. When the envelope was filled with hot air, the balloon rose 100 meters in just a minute. When the burner ran out of fuel, the balloon slowly went down to the ground.

During the second launch, something went wrong, so the balloon went to the air and burned to the ground.

Despite the failure, hot air balloons still use a similar device to fly.

Since then, the traditions have lived on to this day. There is a “Galician Hot Air Ballooning Community” in Lviv. They help people get closer to the sky! 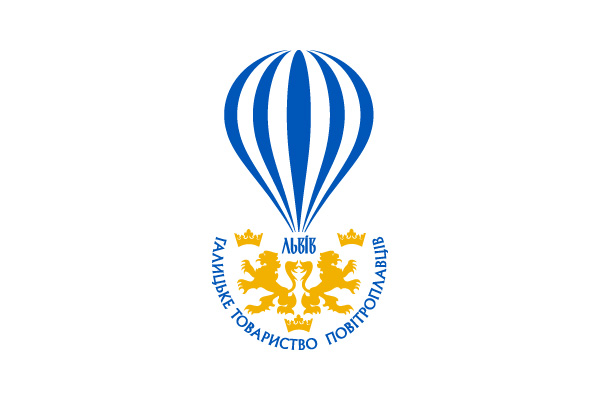 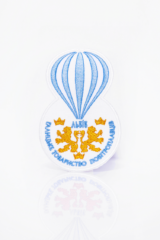 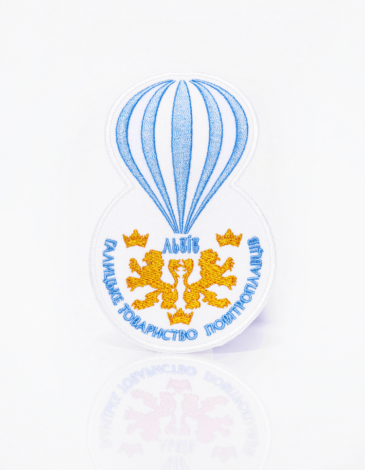 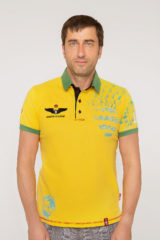 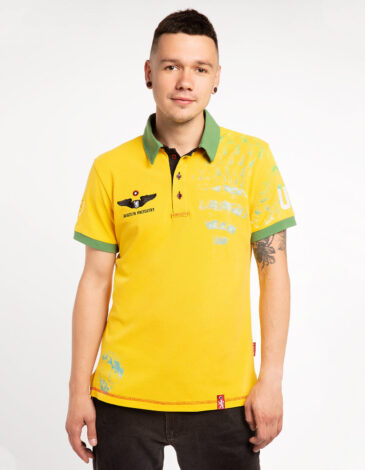 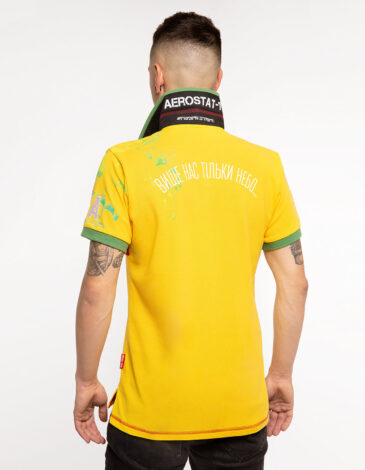 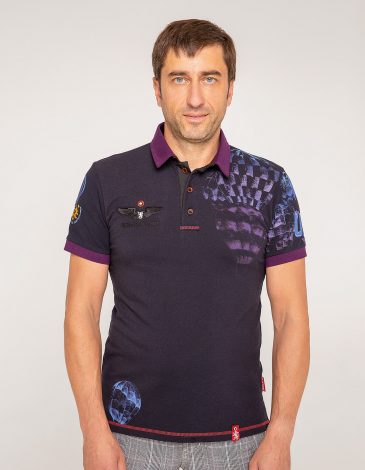 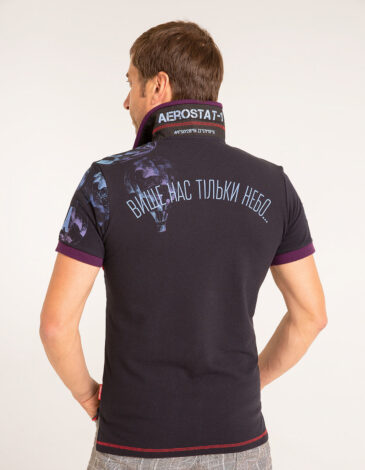 Aviatsiya Halychyny
AH_acb059ac-d86a-11e9-a224-0cc47a40fa97 Renewed design, a bit more minimalistic but brighter and no less romantic men’s polo dedicated to hot air ballooning. On the right side of the chest there is an embroidered logo of Aviatsiya Halychyny. On the left there is an imprinted hot air balloon; one more hot air balloon is on the rignt on the bottom. A logo of the Galician Hot Air Ballooning Community is placed on the right sleeve. On the back side of the collar the coordinates of the place of launching of hot air balloons in Lviv (49°50’28’’N  23°50’18’’E) are placed, as well as an inscription “Aerostat 1” for the first aerostat was born in Lviv. There is a large imprinted motto “Вище нас тільки небо” (“Only the sky is higher”) on the back as it is true when speaking about the ballooners. ;-) For sure, there are a lot of comfortable details: from ventilators and slits to a loop for glasses below the fastener. See more men's polo shirts in the catalog 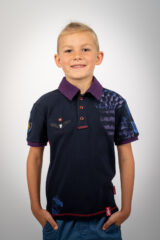 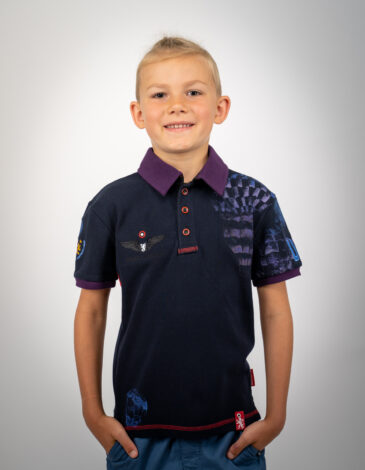 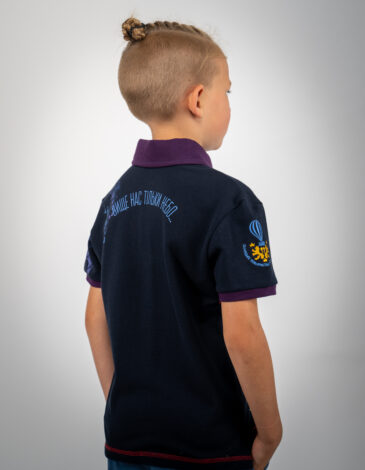 Aviatsiya Halychyny
AH_ed53075c-e6a9-11ea-a231-0cc47a40fa97 Comfortable and bright kid’s polo for little dreamers. After all, it is from such romantic aircrafts as hot air balloons that dreams of travel and new unknown worlds begin. The design of the polo is inspired by the actual design of the hot air balloons. Therefore, it has colored rounded stripes. There is an embroidered patch “UA” and our logo on the chest. The back is decorated with a large patch with a hot air balloon and a motto of the ballooners - “Вище нас тільки небо” (“Only the sky is higher”). A little pacth with the number “2” on the bottom points that this is our second released model at the beginning. There is an inscription AEROSTAT 1 and the coordinates 49°50’28’’N 23°50’18’’E of the place where a hot air balloon with a gas burner was first taken to the air in Lviv (and in the world) on the collar. On the right sleeve there is a chevron that should be with the contemporary ballooners. On the left sleeve there is a logo of the Galician Hot Air Ballooning Community which still exists in Lviv city.   See more kids' polo shirts in the catalog 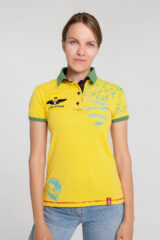 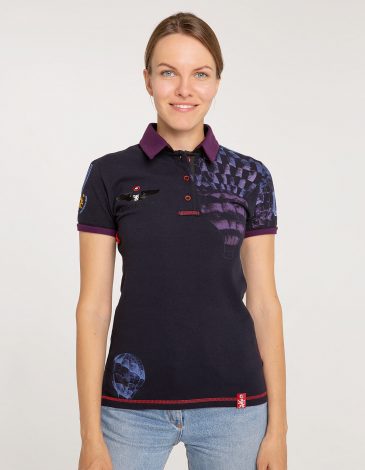 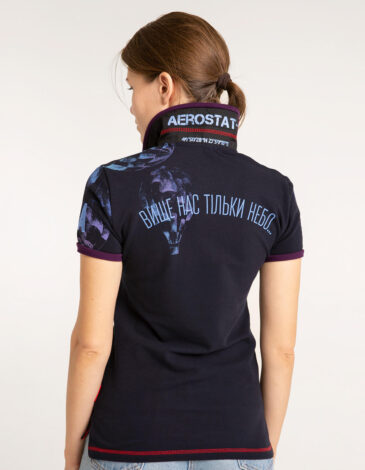 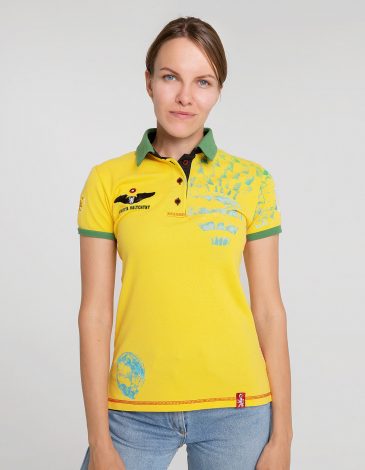 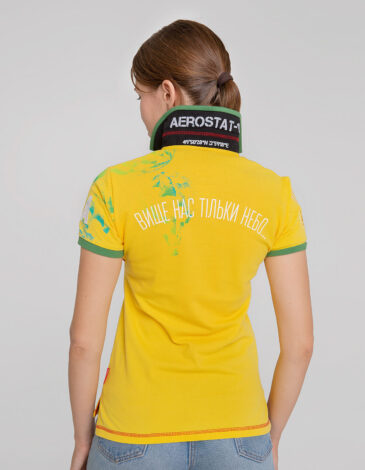 Aviatsiya Halychyny
AH_66147faf-d86a-11e9-a224-0cc47a40fa97 When you want more romance of ballooning, but there is already one polo with balloons in your wardrobe. Equally romantic, but brighter and less historic in design. There is a large motto of the ballooners “Вище нас тільки небо” (“Only the sky is higher”) on the back; coordinates by which you can find the place of launch of the first balloon (49°50’28’’N  23°50’18’’E) are placed on the collar. To support our sewn-on logo of the Galician Hot Air Ballooning Community there is an embroidered patch “UA” and a lion on the stripe. As convenience and comfort are important in flight, for sure, there are all the inherent details: the ventilators, slits for easy putting-on and retaining the form in the process of wearing and a loop for glasses. See more women's polo shirts in the catalog 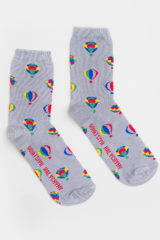 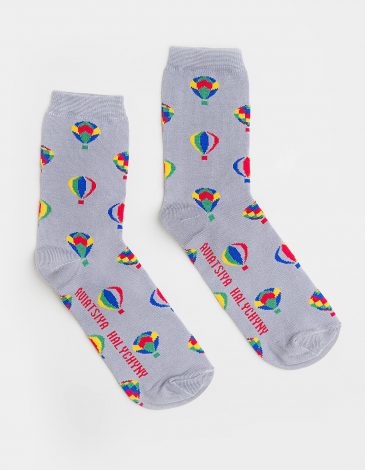 Aviatsiya Halychyny
AH_55ba10d0-9585-11e8-a210-0cc47a40fa97 If the sky of Kamianets-Podilskyi or Skhidnytsia could be worn on feet. ;-) Comfortable and romantic unisex socks for hot air balloons lovers. 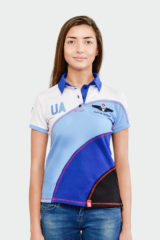 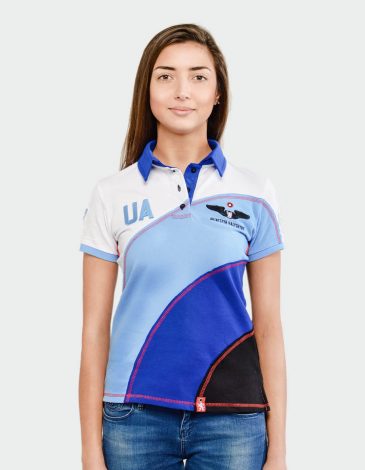 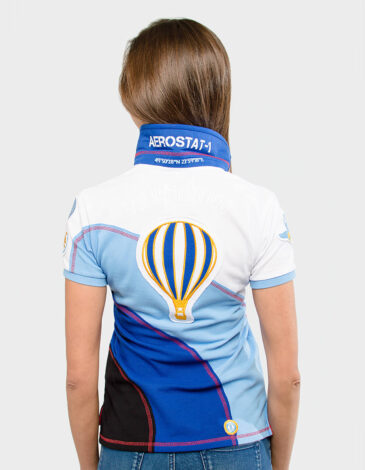 Aviatsiya Halychyny
AH_10e4a658-8a97-11e8-a20f-0cc47a40fa97 This women’s polo helps you to travel to the times when humanity was just beginning to conquer the sky, in times of courage and romance. Even the word “balooning” has such a “cut” as if this polo is really made of a hot air balloon. A upbeat and romantic, comfortable and breathable polo. A large hot air balloon is placed on the back; there is also an emblem of Galician Hot Air Ballooning Community with Lviv lions, the same as lions on the stripe on the botton. There are the coordinates of the place of launching of the first hot air balloon with a gas burner (49°50’28’’N  23°50’18’’E) on the collar. And all our signature comfortable detaiІs:  contrasting ventilators, slits on the bottom and a loop for glasses. Our label “Proudly made in Ukraine” this time can be attributed to the first Aerostat.   See more women's polo shirts in the catalog