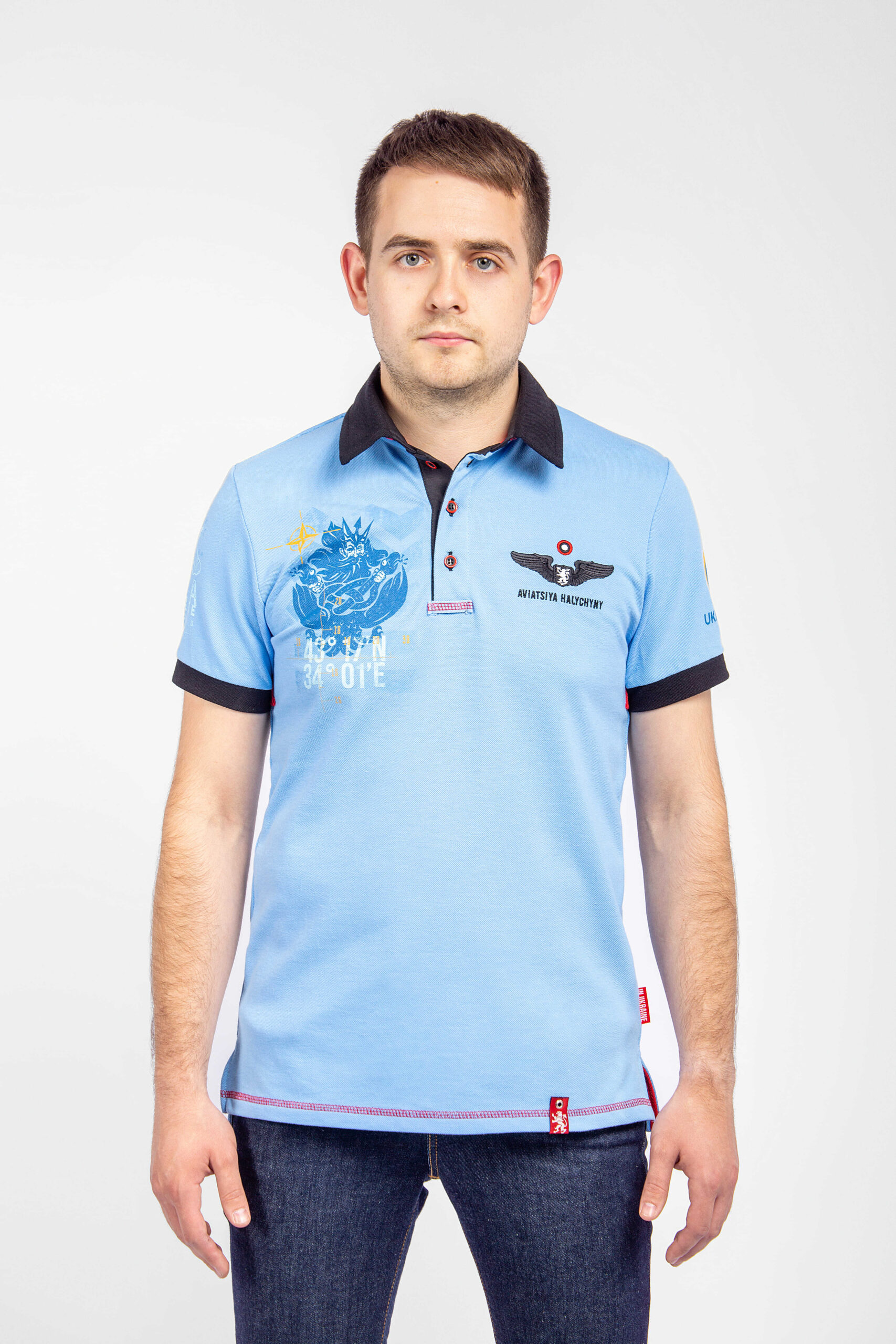 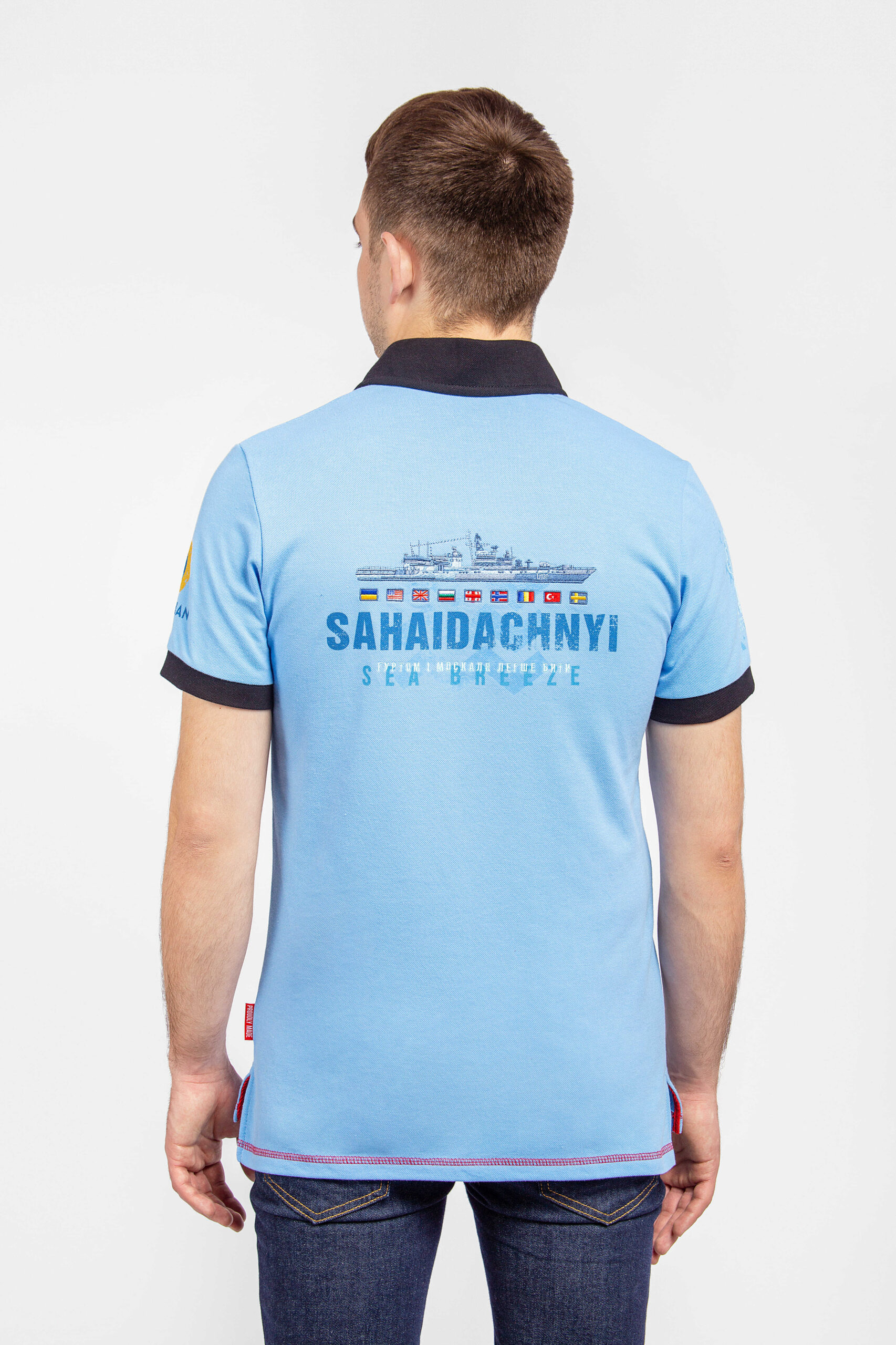 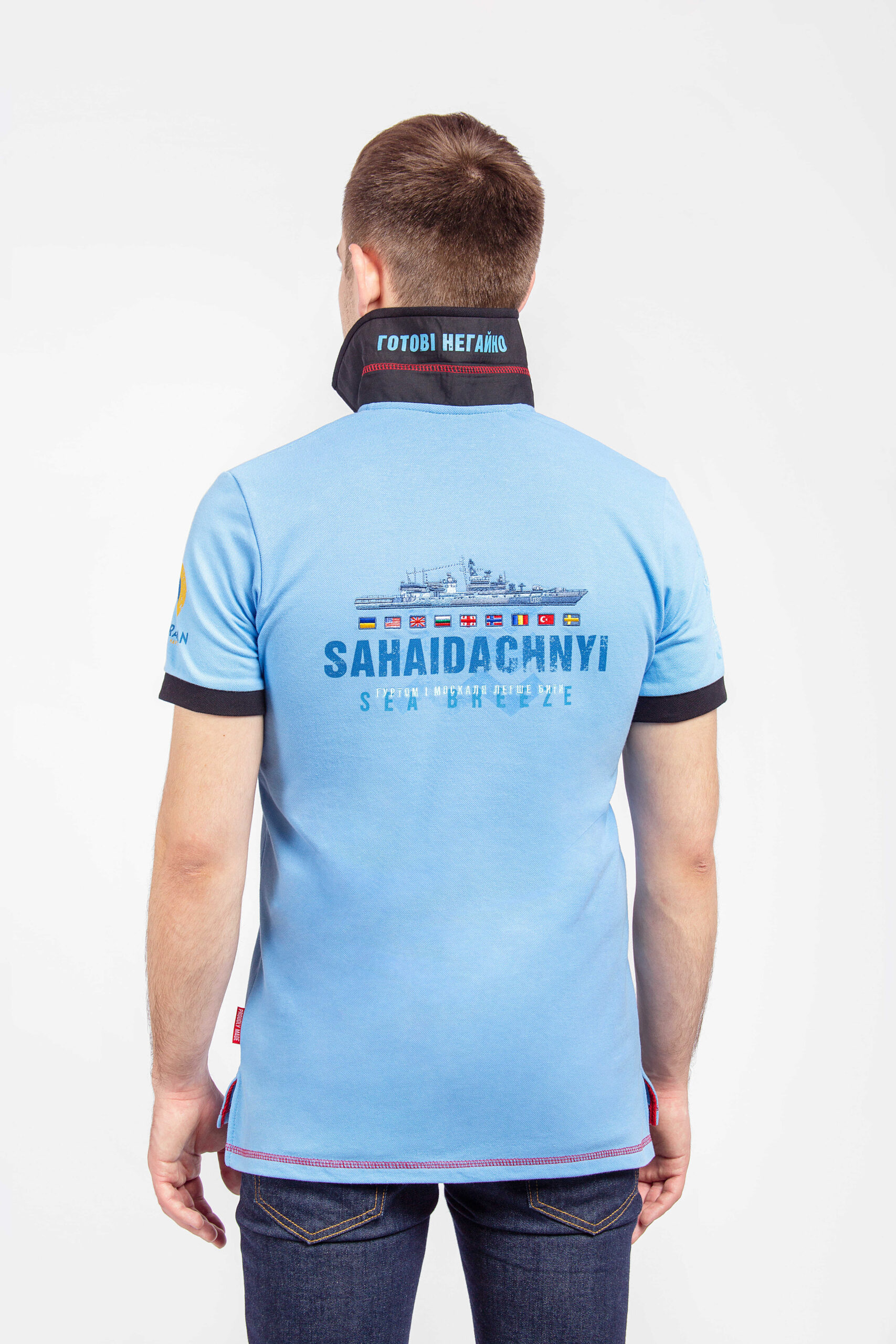 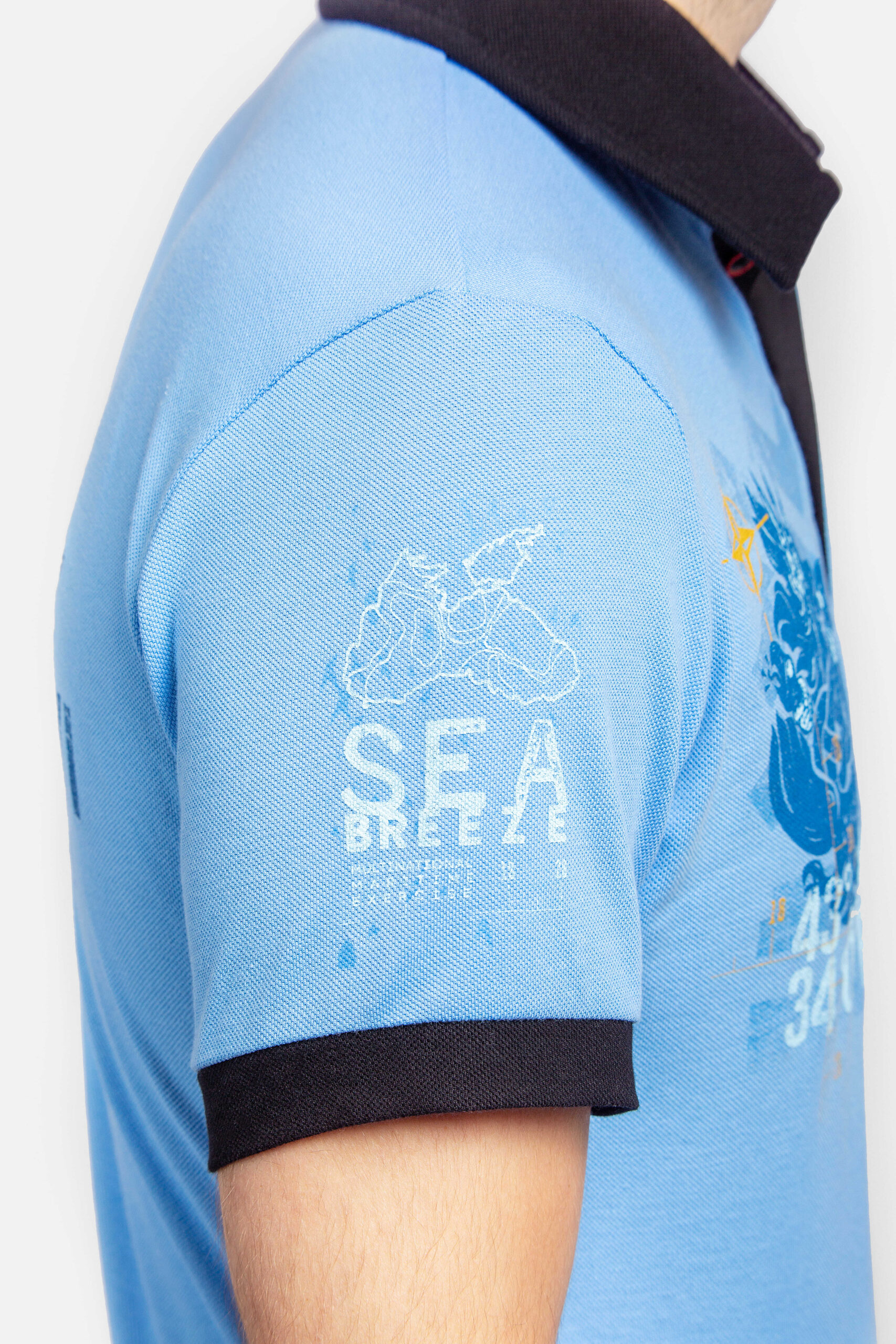 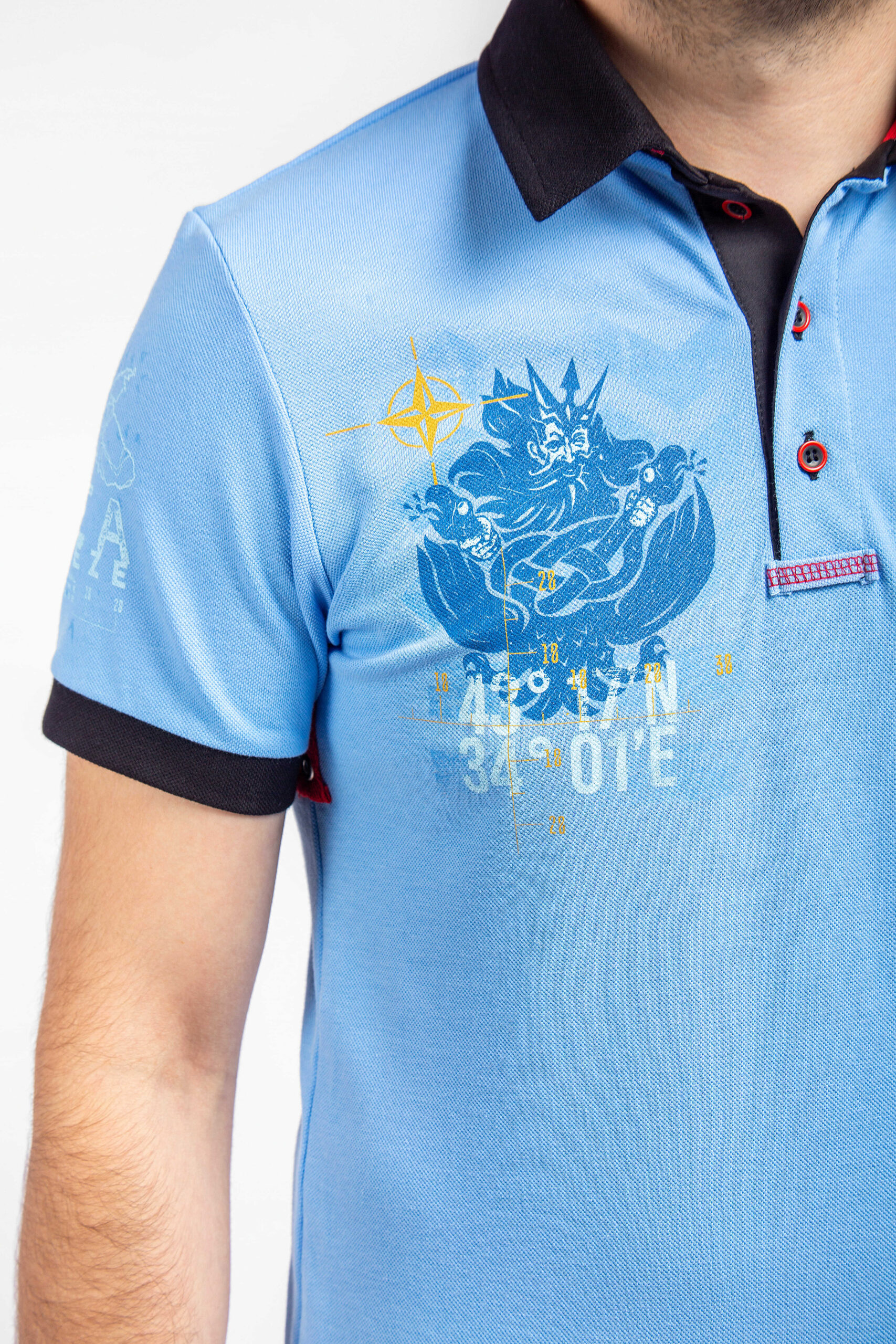 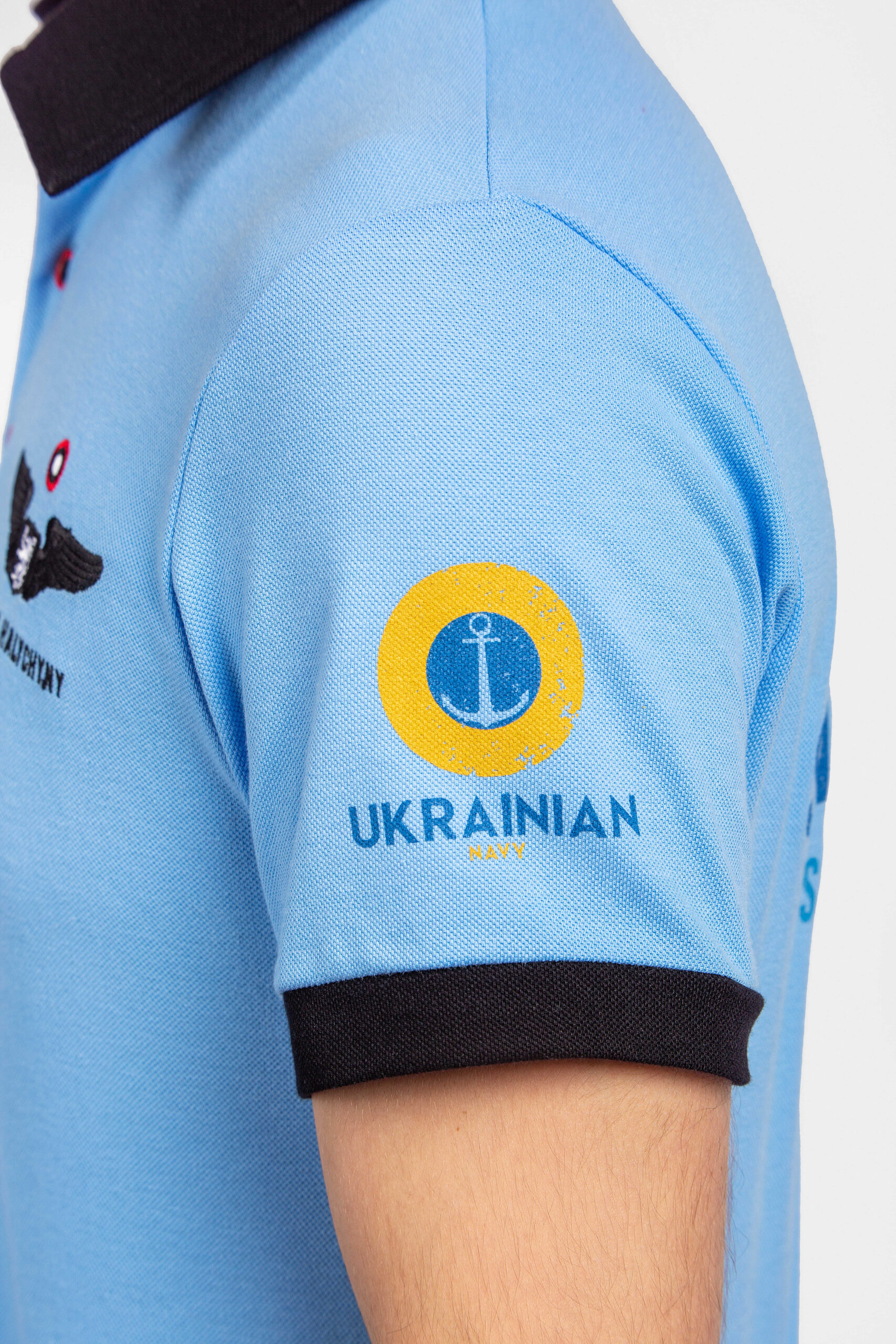 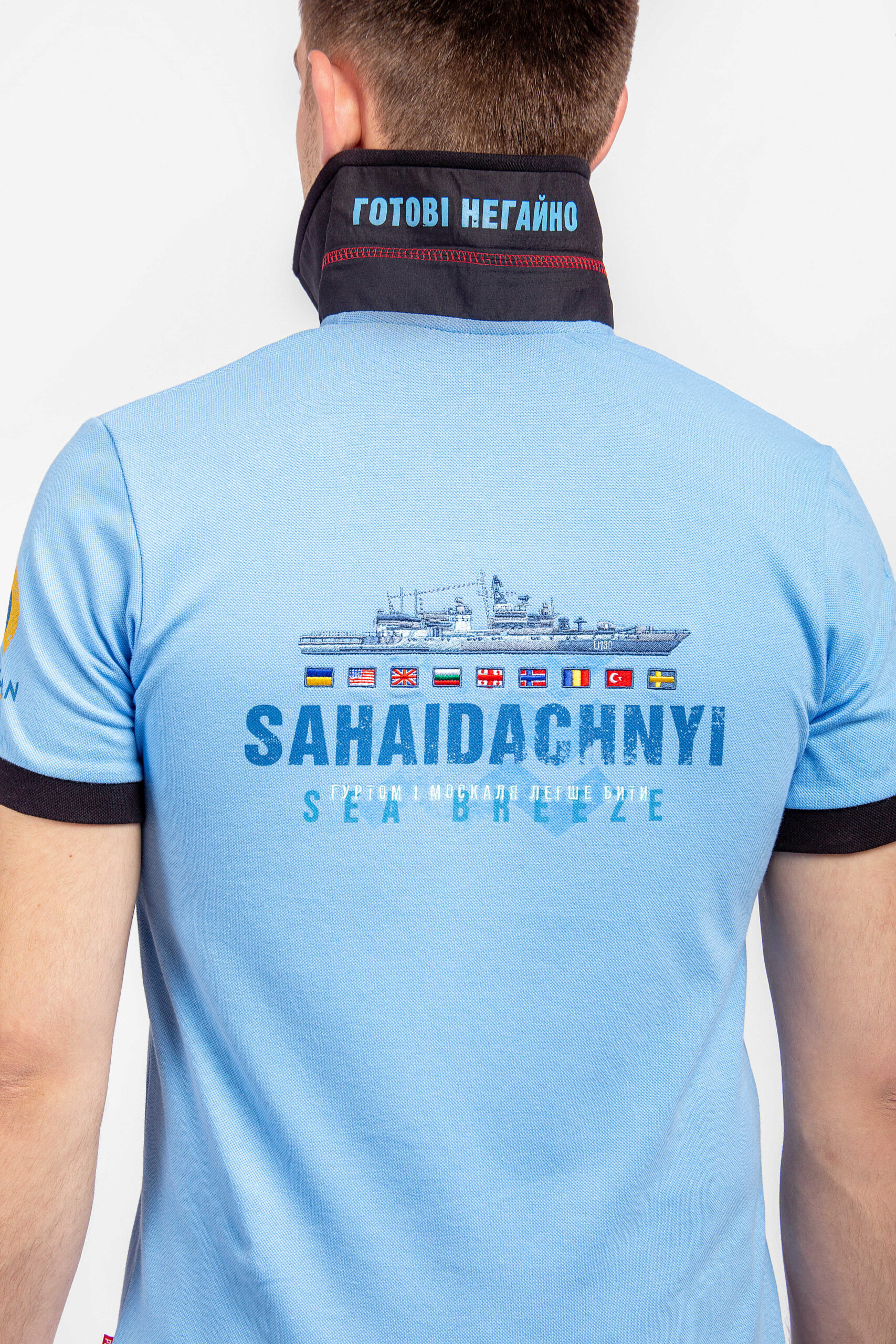 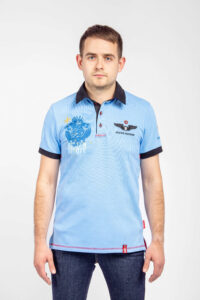 A powerful men’s polo dedicated to the greatest international military exercise in the territory of Ukraine which become even more relevant each year. The polo is in maritime colors — blue and navy blue. On the back, there is the frigate “Hetman Sahaydachnyi” — a multipurpose combat ship of the Ukrainian Naval Forces. Below it, there are flags of the main countries which participated in the military exercise; there is also a description of the main goal of the exercise set below 🙂 The outlines of the Black Sea serve as a background. On the chest on the right, there is a large print which depicts Neptune wringing the necks of a two headed hen off. There is also a NATO star and coordinates of the Black Sea. Our logo is placed on the right. The right sleeve is decorated with our fantasies on the logo of the military exercise, and the left one has a roundel with an anchor — the symbol of Ukrainian Naval Aviation. 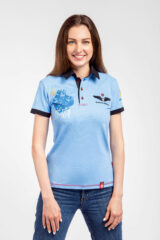 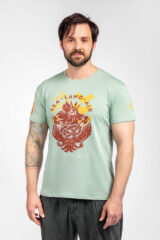 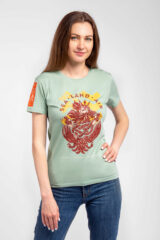 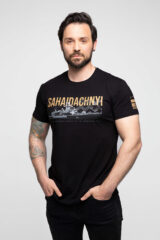 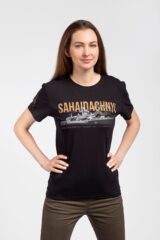