Mriya is always something great and powerful.

So, unsurprisingly, the largest and the most powerful cargo aircraft in the world, the An-225, is called “Mriya”. It was constructed at the “Antonov” plant in Kyiv.

The An-225 is so huge that the distance of the maiden flight of Wright brother’s plane can fit inside the cargo compartment of “Mriya”.

It carried cargo and even the “Buran” spaceship; the world’s highest painting exhibition was also held there. The plane also hit the American cinema.

The An-225 brings crowds of people to airports, where they can see it take off or land.

It holds over 240 world records.

We are proud that it was “born” in Ukraine.

It is clear that we couldn’t ignore such a “birdie” from Ukrainian constructors as there is really something to be proud of!

By the way, on the “Mriya” plane, the Ukrainian flag was drawn upside-down. We tried to find out why it is so. We even wrote a letter to the “Antonov” plant. But we never received a respond. If you know why the flag is upside-down, let us know 🙂 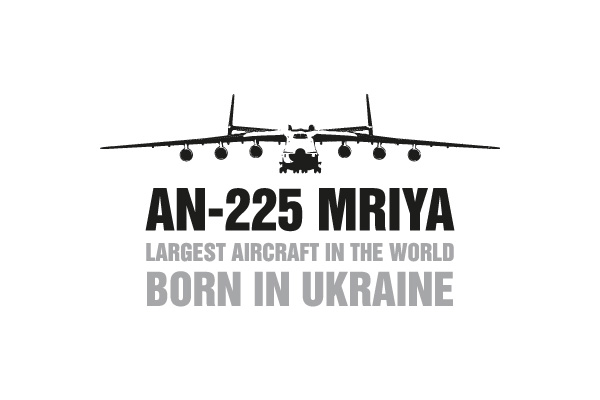 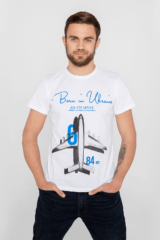 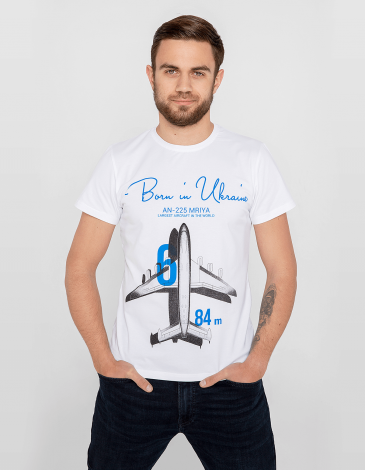 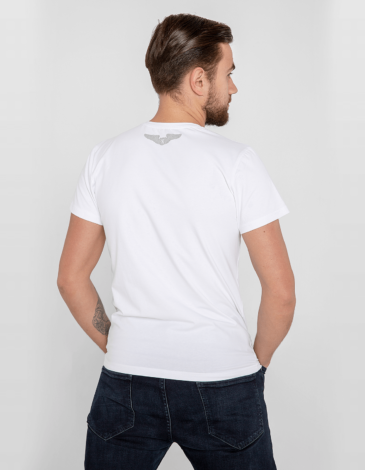 Aviatsiya Halychyny
AH_f73e7620-8a92-11e8-a20f-0cc47a40fa97 Cross-functional T-shirt for both city strolls and mountain hikes. Made of smooth natural fabric. The airctaft depicted on the front of the T-shirt is the AN-225 “Mriya”, which was made in Kyiv. It cracked a bunch of Guinness World Records as it is the world’s largest aircraft. It is 84 meters long and has 6 engines. That’s why there is such an inscription on the T-shirt: “Born in Ukraine. AN-225 MRIYA – largest aircraft in the world” There is a logo of Aviatsiya Halychyny on the back. See more men's t-shirts in the catalog 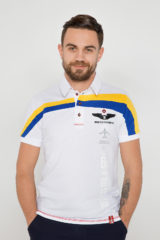 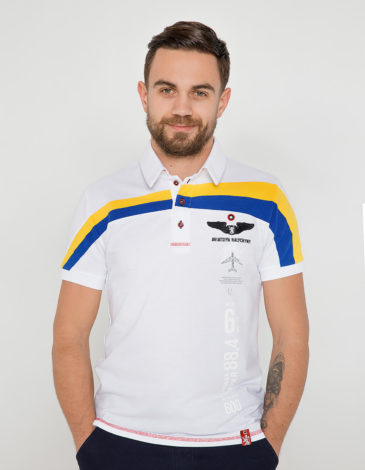 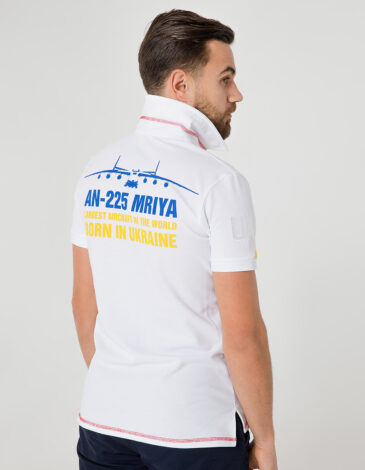 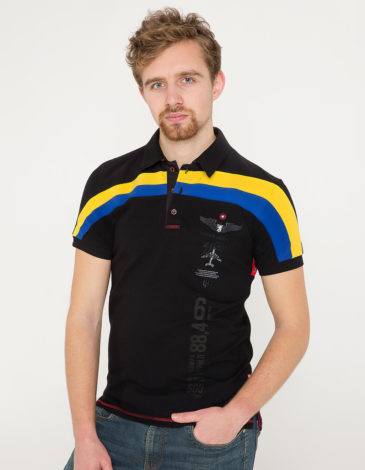 Aviatsiya Halychyny
AH_78b1e9e5-8a8e-11e8-a20f-0cc47a40fa97 A smooth and comfortable polo of an original cut with fabric inserts. The flag on the polo follows the contours and colors of the aircraft livery. On the left there is an embroidered logo of Aviatsiya Halychyny. Below it there is the embroidered “Mriya”. Since the aircraft is large, it needs a lot of power to take off, so it has 6 engines. It has a wide wingspan, up to 88.4 meters. This aircraft can contain an entire art gallery, but its maximum take-off weight is 600 tons. We also indicated this information on our polo. The back is decorated with an imprinted picture of a flying aircraft and the inscription “Largest aircraft in the world born in Ukraine”. Under the collar there is an inscription “Cossack” (this is the NATO reporting name) and coordinates 50°35′28.1″N. 30°12′25.3″E. of the place where the aircraft was manufactured  — the “Antonov” plant. There are special holes for better temperature regulation under the sleeves. See more men's polo shirts in the catalog 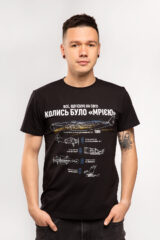 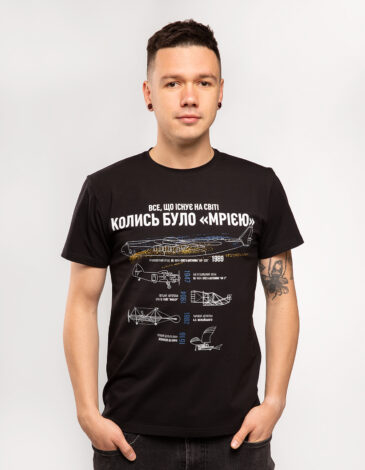 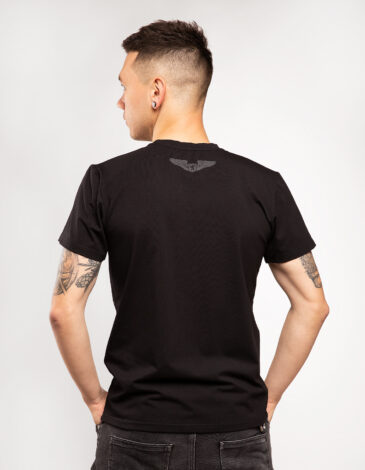 Aviatsiya Halychyny
AH_c012d4f0-4417-11ea-a22a-0cc47a40fa97 Not only comfortable but also motivating! T-shirt with aircrafts that helped to change the world. One of these aircrafts is Ukrainian “Mriya” manufactured in 1989 in Kyiv at the “Antonov” plant. People have always dreamed of flying, and thanks to great dreamers, each of us can conquer the sky. That is why there is the inscription “Все, що існує на світі, колись було мрією” (“Everything that exists in the world was once a dream.”) Below it, there are pictures of aircrafts from which the world’s aviation came from: Multi-purpose aircraft “AN-2” by Antonov Design Bureau Wright Brothers’ first airplane “Flyer” Leonardo Da Vinci’s first hang glider There is a logo of Aviatsiya Halychyny on the back. See more men's t-shirts in the catalog 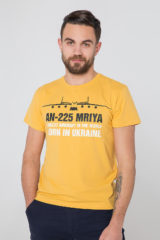 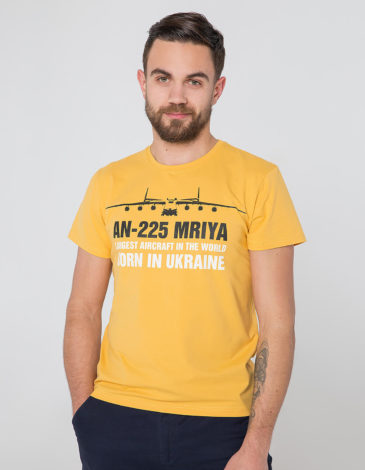 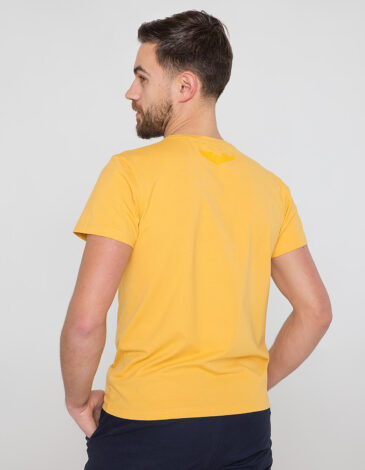 Aviatsiya Halychyny
AH_d7128467-8a91-11e8-a20f-0cc47a40fa97 Comfortable and bright T-shirt, perfect for travels. There is an imprinted picture of АN-225 aircarft “Mriya” on the front. Crowds of people gather to see this aircraft, as it’s world’s largest aircraft. It even entered the Guinness Book of Records. But the most interesting thing is that “Mriya” is made in Ukraine! The inscription “Largest aircraft in the world born in Ukraine” reminds us of this. There is an imprinted logo of Aviatsiya Halychyny on the back. See more men's t-shirts in the catalog 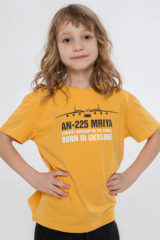 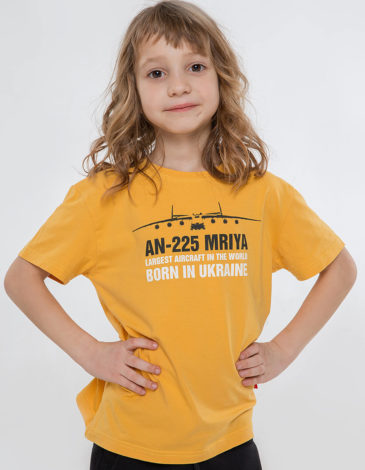 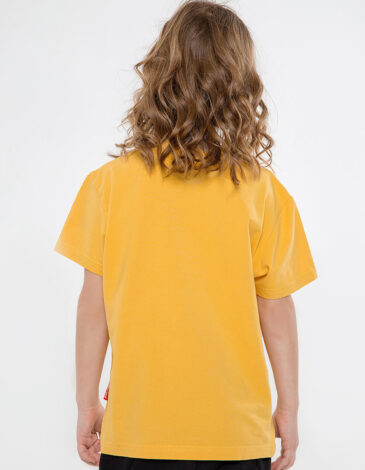 Aviatsiya Halychyny
AH_362d4589-5213-11e9-a21a-0cc47a40fa97 T-shirt in which it will be comfortable to realize little and big dreams! Made of natural fabric, so the body will be comfortable in any weather. The front of the T-shirt is decorated with an imprinted aircraft “Mriya” and the inscription “Largest aircraft in the world born in Ukraine”. AN-225 is world’s largest aircraft; what’s more, it is made in Ukraine. There is a logo of Aviatsiya Halychyny on the back. See more kids' t-shirts in the catalog 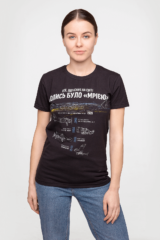 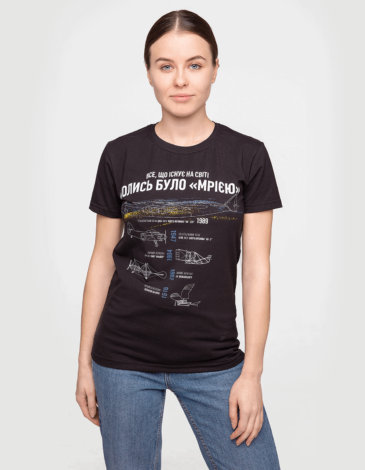 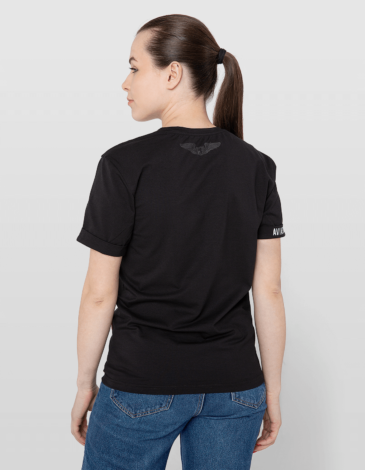 Aviatsiya Halychyny
AH_d62f2935-4417-11ea-a22a-0cc47a40fa97 Comfortable T-shirt that will give impetus to act! Dedicated to the world’s largest aircraft “Mriya”. If anyone is interested, it was made in 1989 in Kyiv at the “Antonov” plant. There is an imprinted picture of AN-225 and other aircrafts from which the world’s aviation originated: Multi-purpose aircraft “AN-2” by Antonov Design Bureau Wright Brothers’ first airplane “Flyer” Leonardo Da Vinci’s first hang glider Mozhaysky’s steam-powered airplane. That’s why there is the inscription “Все, що існує на світі, колись було мрією” (“Everything that exists in the world was once a dream.”) There is a logo of Aviatsiya Halychyny on the back. See more women's t-shirts in the catalog 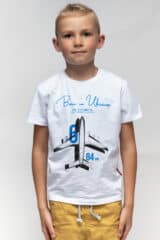 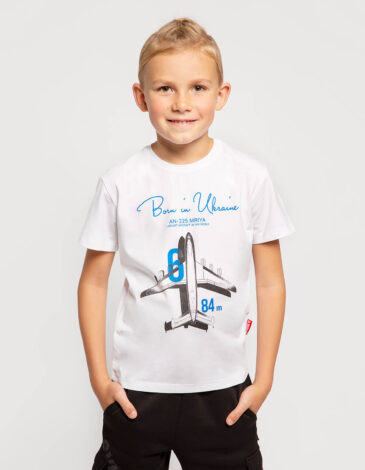 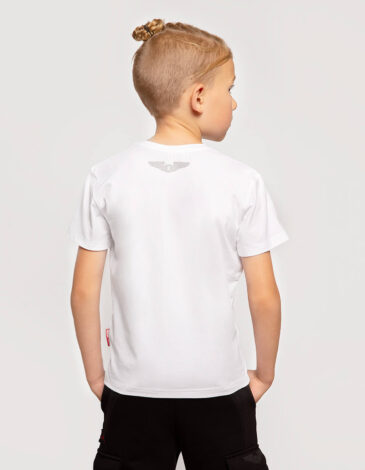 Aviatsiya Halychyny
AH_eaa7b9a2-b7c0-11ea-a230-0cc47a40fa97 A dream (“mriya”) should be great. So we have a kid’s T-shirt with the world’s largest Mriya. The world’s biggest aircraft was born in Ukraine and we’re extremely glad and proud of this fact, so we would like to give these feelings to our children. In fact, through this T-shirt with a large print that tells about the aircraft’s size and an inscription “Born in Ukraine”. So, in addition to the history of Ukrainian aviation, this T-shirt is also about self-identification. See more kids' t-shirts in the catalog 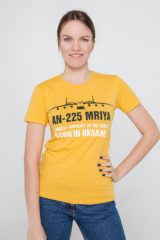 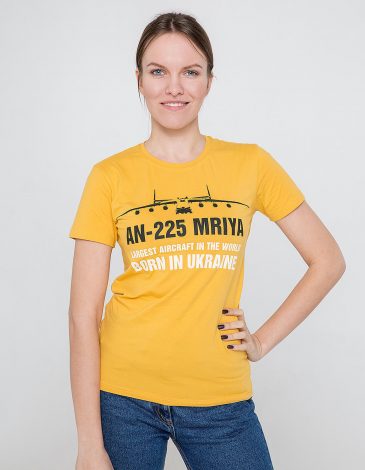 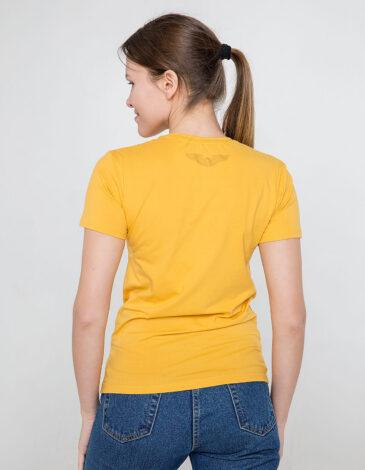 Aviatsiya Halychyny
AH_1b703d32-650d-11e9-a21e-0cc47a40fa97 Bright and comfortable T-shirt for a fancy look! АN-225 “Mriya” is the world’s largest cargo aircraft. It was manufactured at “Antonov” plant in Kyiv. There is an imprinted inscription “Largest aircraft in the world born in Ukraine” and the aircraft’s picrture on the front of the T-shirt. There is a logo of Aviatsiya Halychyny on the back. See more women's t-shirts in the catalog