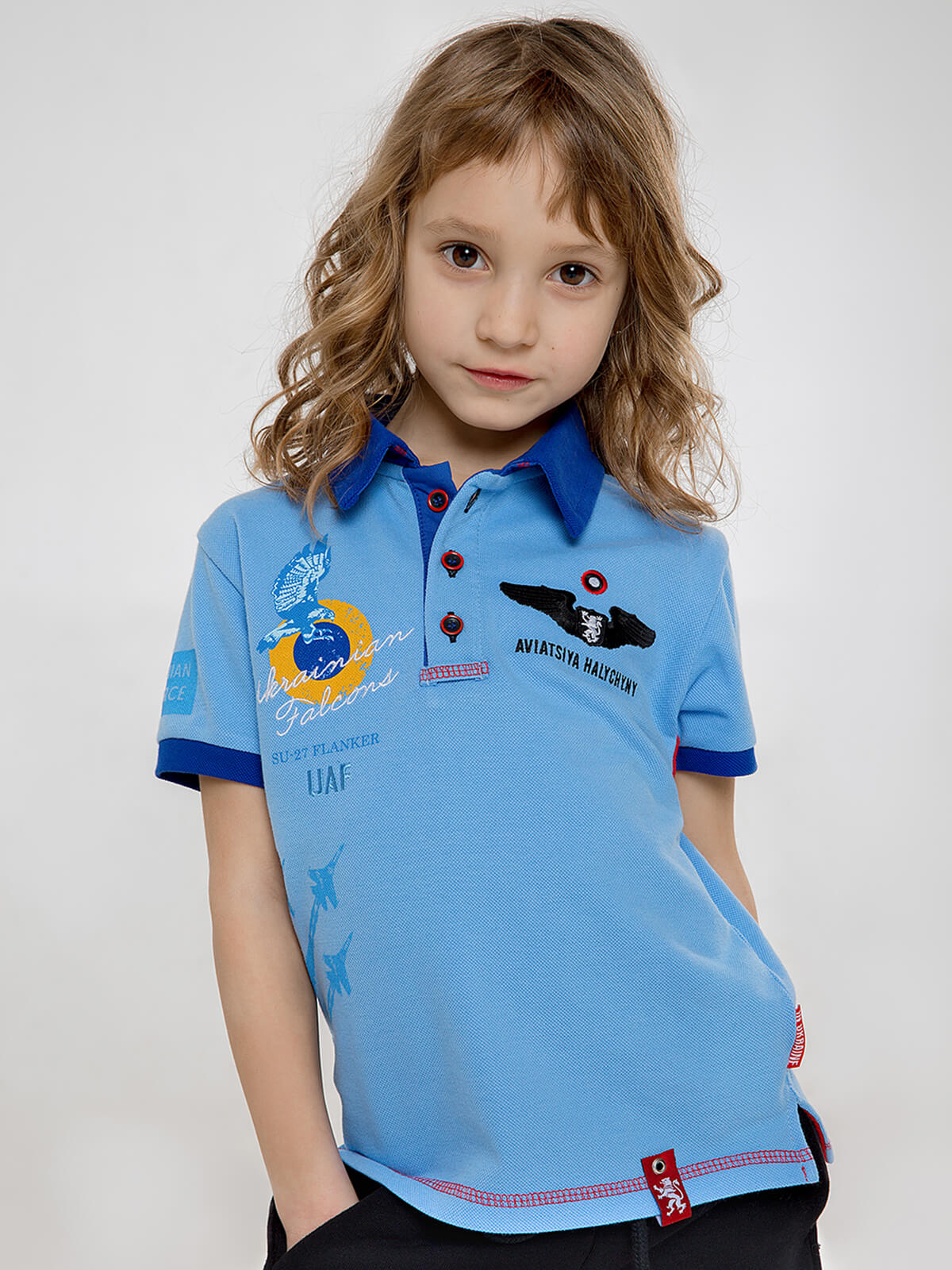 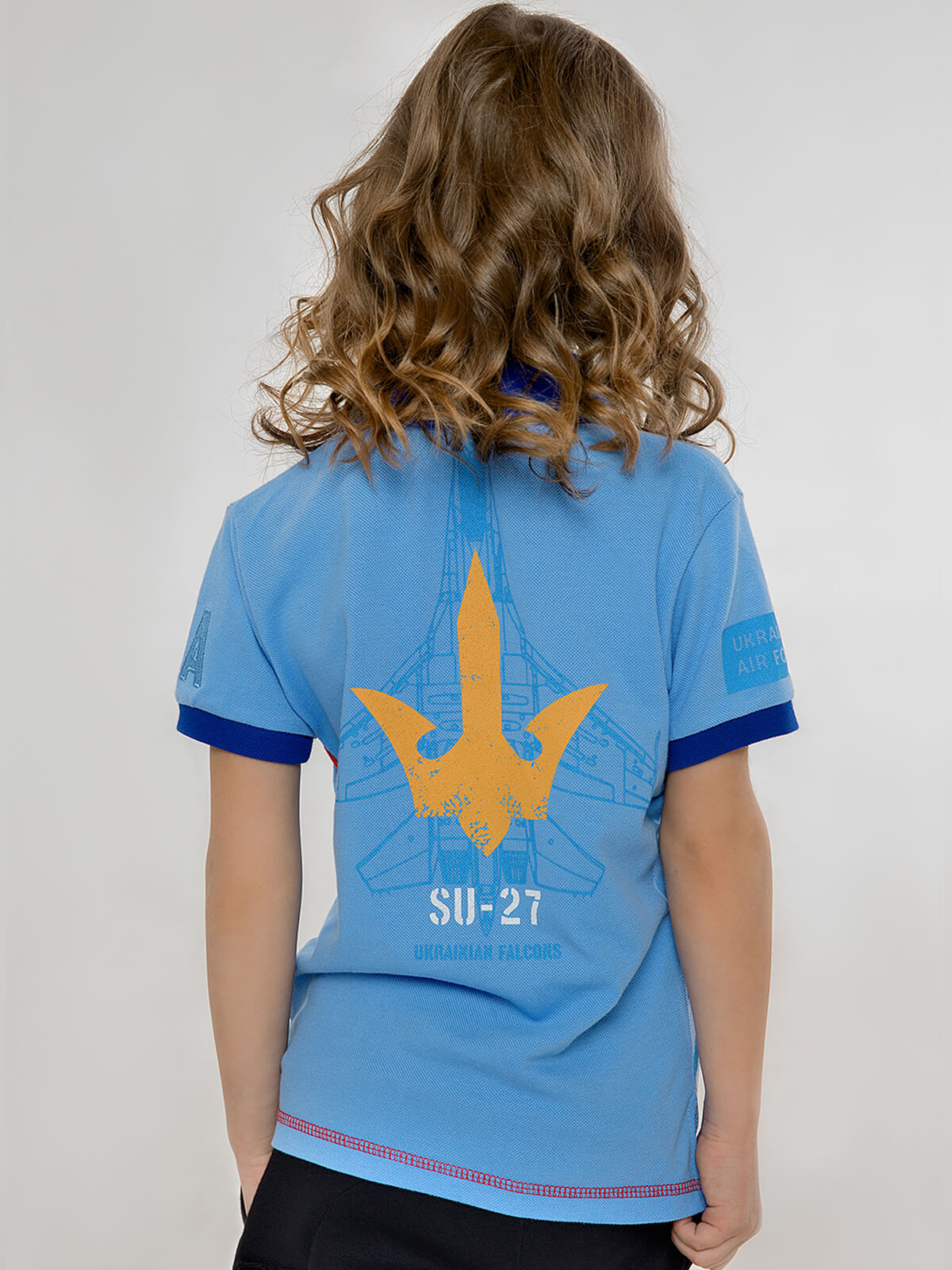 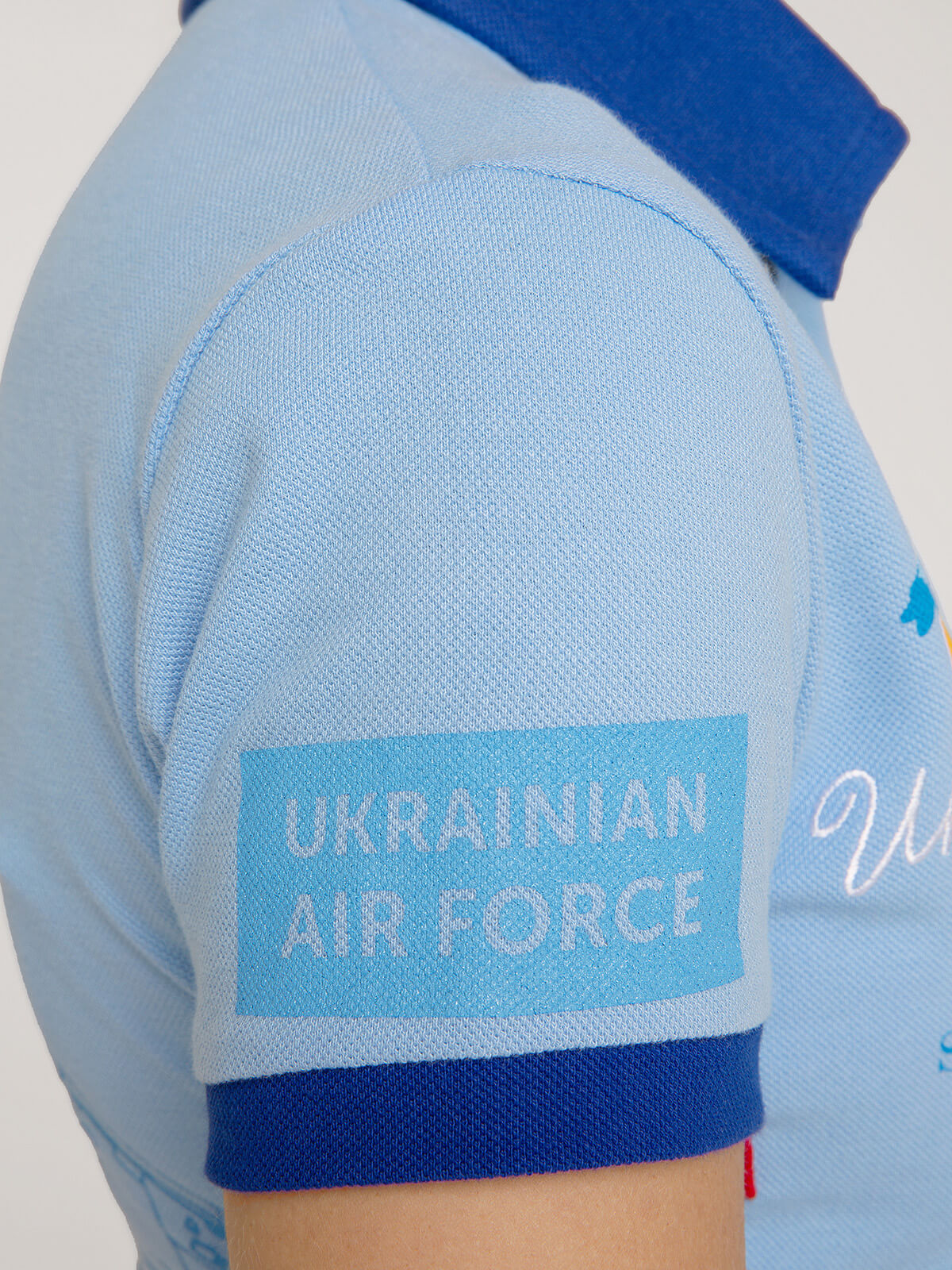 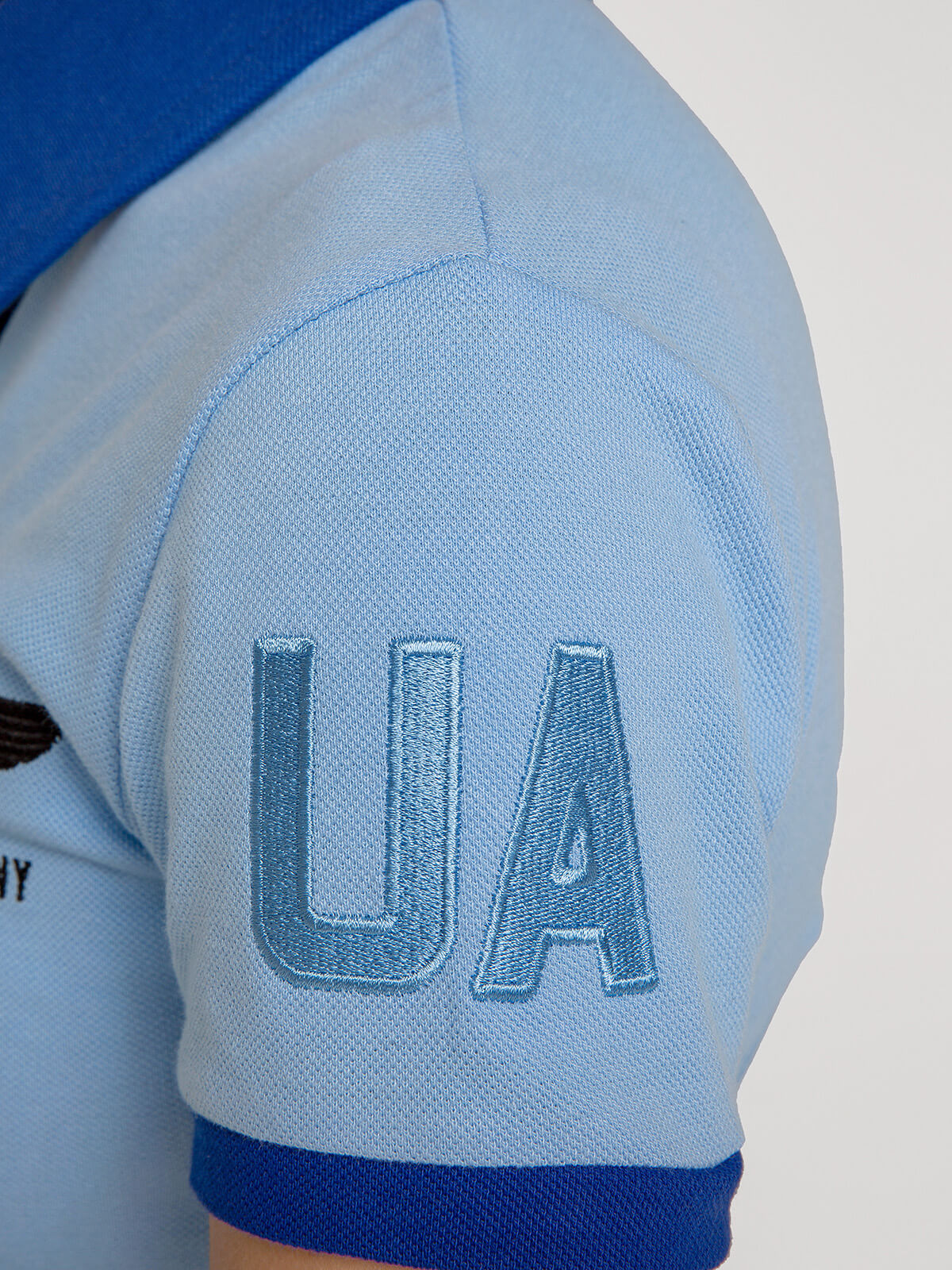 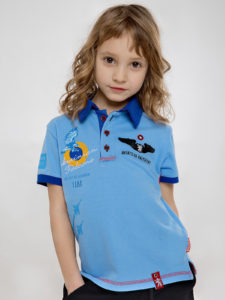 USD 25
Add to Cart
Notify me 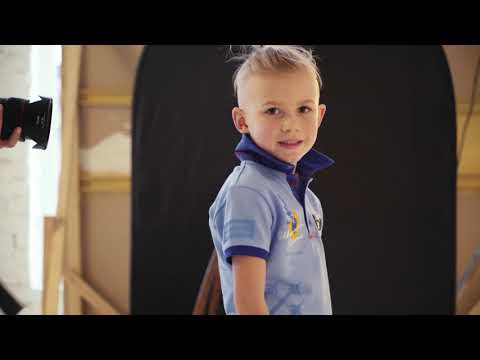 Often raising children is all about proper role models. On this kid’s polo the role models are probably one of the best. These are the courageous Ukrainian pilots from the air force team “The Ukrainian Falcons” who were not afraid to conquer the sky. The polo is very fresh-coloured due to its sky-blue color, comfortable; in addition to the breathable fabric, it has also ventilators. For sure, a lot of aircrafts are depicted:  there are three of them heading up on the front, and a large Su-27 that covers the entire backs. There are also imprinted birds: a falcon on the front print and bird-like trident on the back. In short, one can conquer the sky in such a polo shirt. 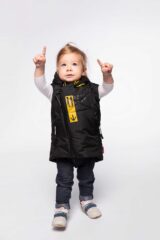 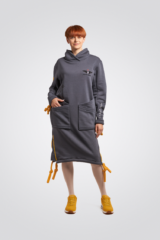 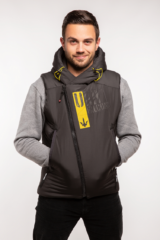 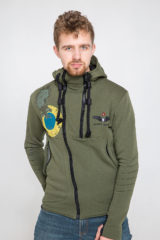 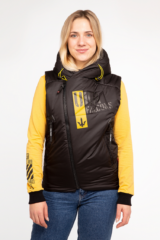 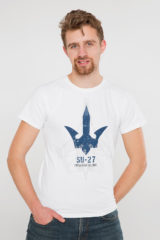 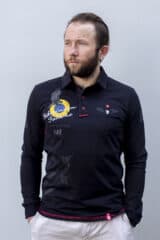 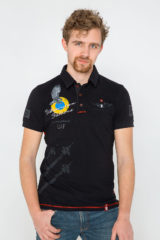 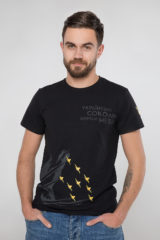 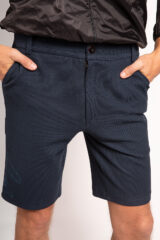 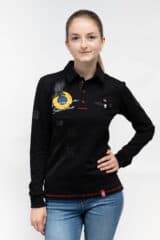 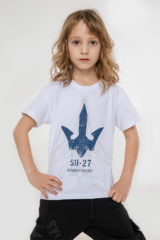 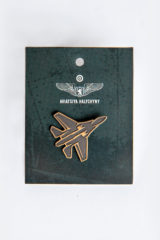 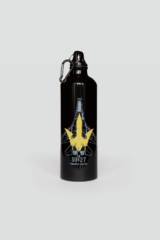 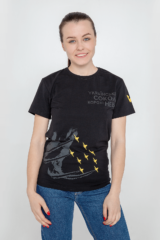 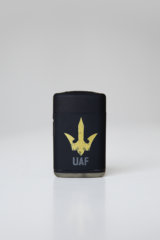 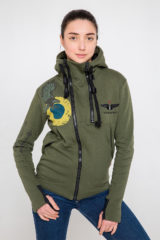 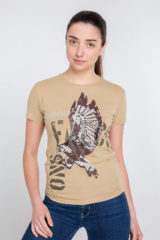 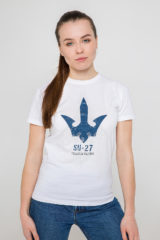 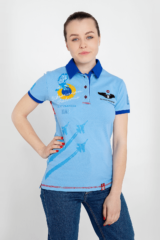 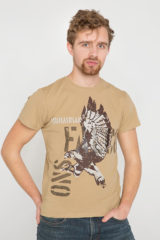