As the Kremlin strived to revive the Soviet Union, the hutsuls created a program to expand their territory. They did not limit themselves to modesty and began to explore space. Different programs on the research of Mars were launched.

The program “MOLFAR” with its aim to go into the outer space started later. Only Molfars, the hutsuls with particular skills, could be sent for this program. A kind of Jedi.

They created a special spaceship “Kosiv” based on the Ukrainian rocket “Zenit-2”. 540 Ivan Vyhovskyy surface-to-air missile regiment was reconstructed into the cosmodrome. They depart from Kamyanka-Buzka, Lviv region.

The hutsuls have stopped the cooperation in space matters with russia, however, they fruitfully cooperate with Brazil, the USA, Japan, China and India.

The spaceship is flying through the Hutsul Way and approaching Saturn. The men took sheep on board. If they settled in the space, the hutsuls would take other animals there.

The expedition has been going on for about 7 years. A lot of things have changed during this time. The Molfars’ second expedition “Wjo na Mars” has been successful, so now we have the first Ukrainian settlement on the Red Planet – Nova Vorokhta in Martian Hutsulshchyna. Not only women emigrated to Marsiyshchyna but also the first kids have been born. So there have been enough weddings and dances. And oh my gosh! There is also a great deal of sheep. All Martian meadows are covered with sheep and Martian herds as far as the eye can see. It is hard work to look after the sheep for them not fly away due to space winds, and not to jump into the outer space yourself. That’s why the space herds are the most powerful among the molfars and the most enduring participants of the space program. For sure, they even managed to make friends with local guys. Although they are green and not much talkative, there have been no issues the Hutsuls could not solve with the help of bimbor or a piece of bryndza. In fact, bryndza turns out red here (perhaps, there is something with the soil), but it does not matter because it is as tasty as on Earth; and it can be stored longer :). So, we have harmonious relationship and mutual understanding with the Martians. 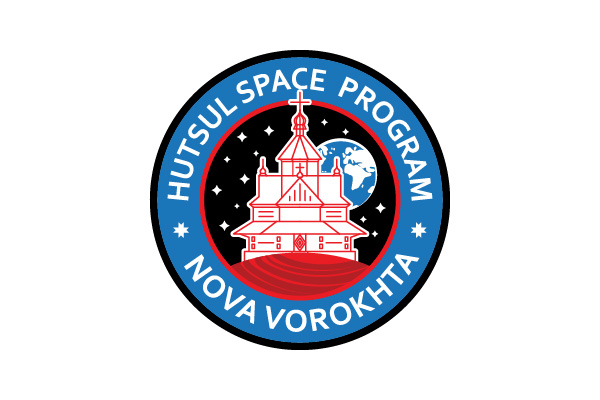 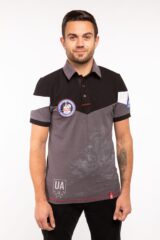 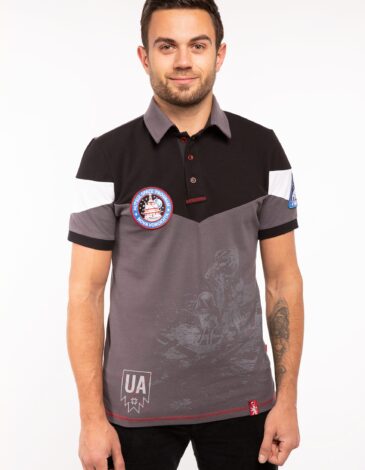 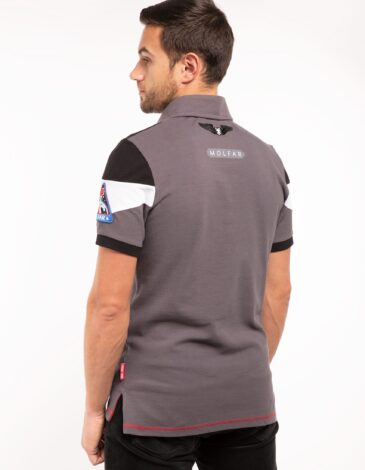 Aviatsiya Halychyny
AH_770b3a68-ccf8-11eb-a236-0cc47a40fa97 A molfar is not just an ordinary person, and neither is a molfar from Mars. That one can cast a spell on a sandstorm and make it cease, and turn Martian ice into water, and even cook borsch in weightlessness as it should be. Our new edition of men’s polo “Molfar” is about this outstanding person. More reserved in colors: black, white and gray. There are traditional chevrons of Hutsul Space Program and a large front print depicting a martian molfar herding the sheep. P.S.: By the way, all these Star Treks are cribbed from the history of Hutsul space fleet – they just fibbed but we all know the truth :) See more men’s polo shirts in the catalog 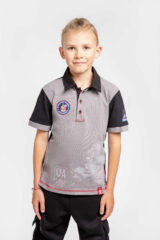 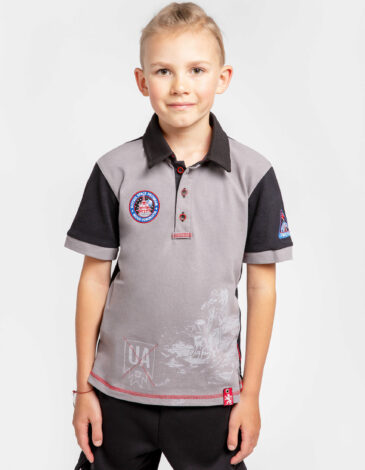 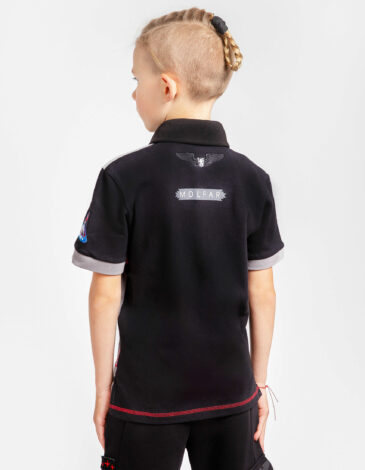 Aviatsiya Halychyny
AH_33a0b3b9-cab7-11eb-a236-0cc47a40fa97 Our space mission is doing well. The spaceships are being built, and Nova Vorokhta, the capital of Martian Hutsulshchyna, is prospering. Obviously, the “Molfar” project needs new assistants, and for sure, there is a cool uniform for them. This is a kid’s polo “Molfar”. Practical colors don’t allow Martian dust to settle on the garment. On the front, there is a chevron with the main temple of Nova Vorokhta; below, there is a large print depicting space shepherds. See more kids' polo shirts in the catalog 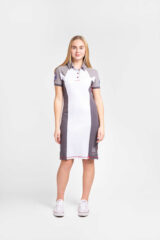 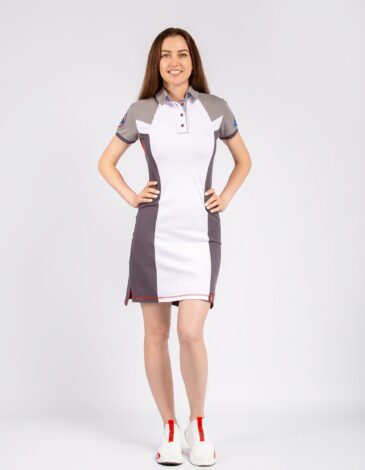 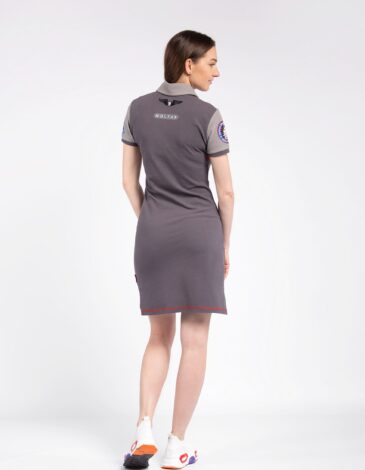 Aviatsiya Halychyny
AH_10cabcdd-ca9c-11eb-a236-0cc47a40fa97 Our colonies on Mars are growing, and with them – the Hutsul Space Program. The number of Martian sheep is also growing, and in addition to space grazhda (homestead), there is a large club in Nova Vorokhta. Probably, there was a need to make such clothes for going to the club, too. So now we have this nice women’s dress. Polo dress, not too bright and therefore practical. One may not herd the sheep while wearing it, but it is convenient to dance, to work, and to read in it. There are two chevrons on its sleeves: chevrons with Nova Vorokhta and the name of the mission — MOLFAR. On the back, there is an imprinted name of the mission and logo of Aviatsiya Halychyny. On the bottom, there is an imprinted UA on a kind of a shingle to make it clear that it is Hutsul. Unearthly beautiful. See more women’s dresses in the catalog 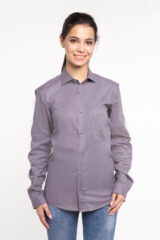 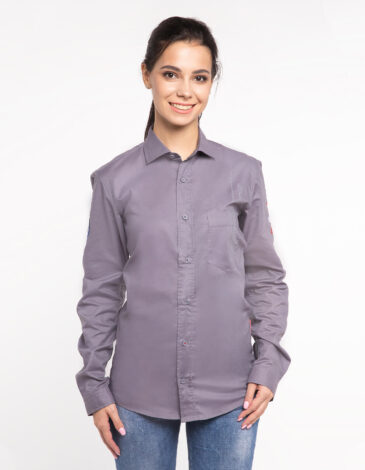 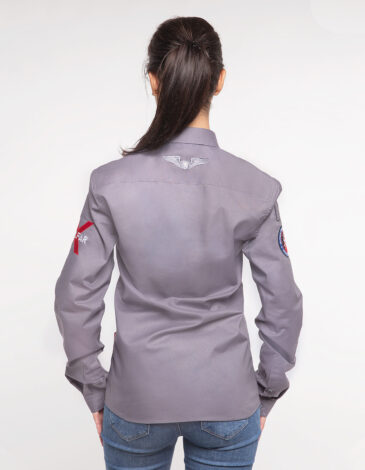 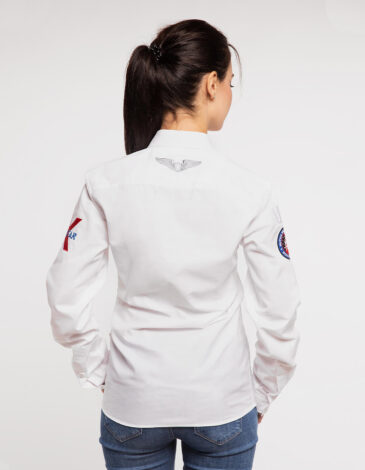 Aviatsiya Halychyny
AH_7eca1569-0300-11eb-a231-0cc47a40fa97 It doesn’t matter if you are on Mars or Earth, festive attire is a must. Multifunctional women’s shirt suitable for both business meetings and parties with friends. White and light, with only one simple chest pocket. On the left sleeve there are the symbols of the space mission and our motto for all times: “WJO na Mars” (“Let’s go to Mars”); on the right sleve there is a chevron with the church located in Nova Vorokhta, Mars; on the chest you can find some short information about our Hutsul Space Program. 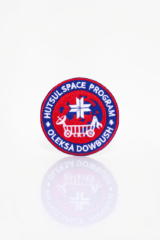 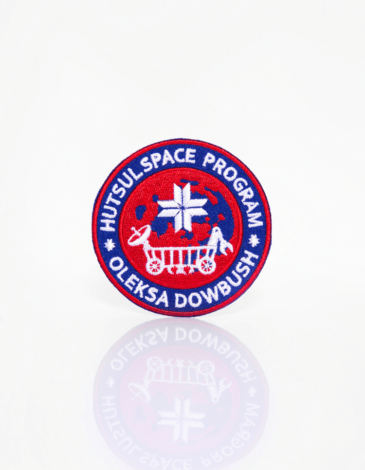 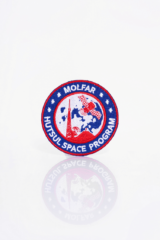 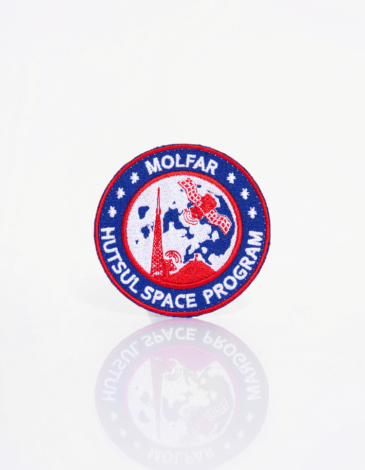 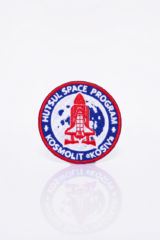 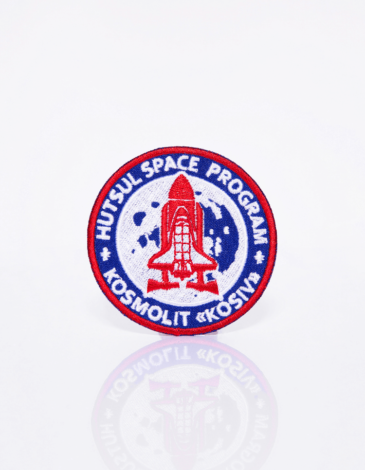 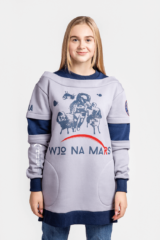 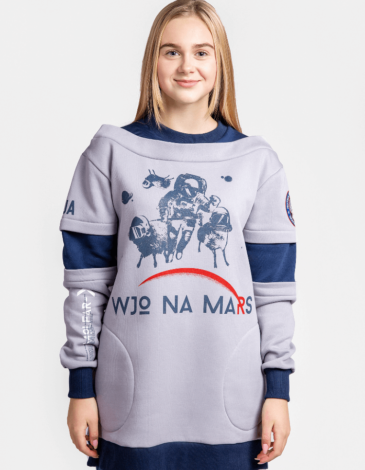 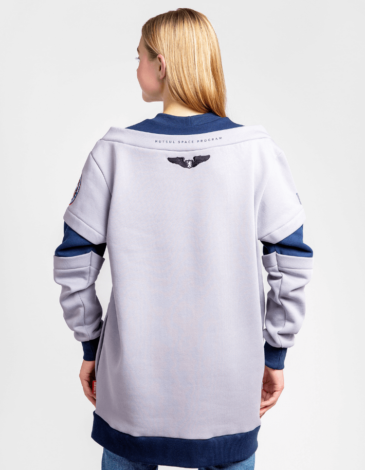 Aviatsiya Halychyny
AH_4f26e8bd-961d-11eb-a235-0cc47a40fa97 Wow! This turned out to be something pretty interesting :)) Women’s sweatshirt “Wjo na Mars”. But this is not just a simple sweatshirt because it’s not a big deal to even step into the outer space while wearing it. Extremely futuristic in design; it resembles a spacesuit. There are dark elbow patches and two collars. On the back of the dark collar, there is an embroidered logo of Aviatsiya Halychyny; on the light collar, there is the inscription “Hutsul Space Program”. On one sleeve, there is a patch “UA”, and on the other one, there is a chevron with Nova Vorokhta. There is a large print with Martian sheep, a shepherd and the motto of the mission “Wjo na Mars” on the front. Deep sewn-in pockets are comfortable as the sweatshirt is elongated. True space clothing. See more sweatshirts for women in the catalog