The task of aviation is to guard the airspace and carry out military operations.

In the past, in addition to defensive function (guarding), the air force also was in charge of communications such as delivery of diplomatic correspondence abroad. Sometimes it even transported money from banks. At the beginning of the formation of Ukrainian aviation, there were 188 aircrafts of 26 models of French, Austro-Hungarian and German manufacture.

Since the restoration of Independence, the Ukrainian air force has experienced ups and downs. However, now Ukrainian aviation has aircrafts and aviation equipment of its own manufacture. Ukrainian pilots show aerobatics at international air shows. They performed combat missions in the war in Donbas and get in the way of the eastern aggressor.

Just like 100 years ago, we are now proud of Ukrainian aviation. Ukrainian pilots have become a symbol of freedom; they conquer the sky and give us a sense of peace in our homes. 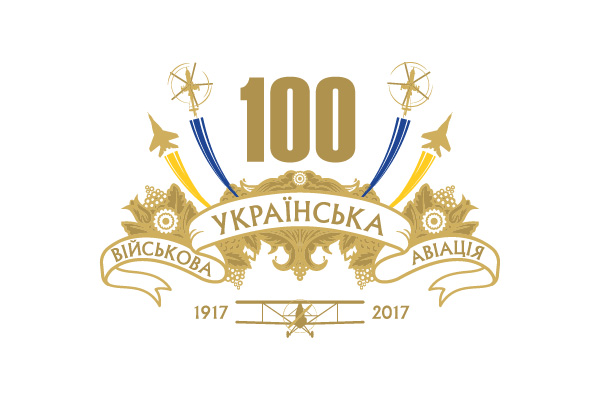 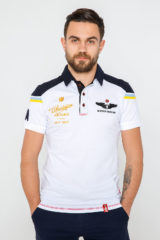 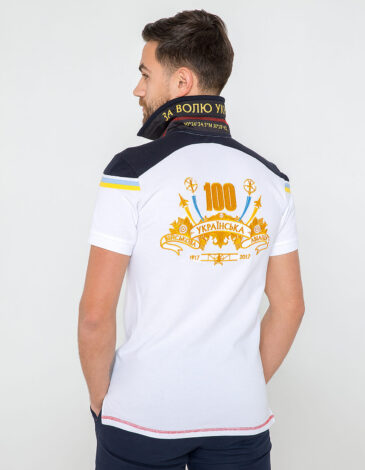 Aviatsiya Halychyny
AH_960fc4d4-8a6d-11e8-a20f-0cc47a40fa97 Men’s polo created on the occasion of commemoration of 100 years of Ukrainian Aviation. Dedicated to the Air Force, that starting from the early formations has been defending our sky up till now. As in the uniform of true pilots, there is a special loop for sunglasses below the buttons on the front. The front side is decorated with embroidery indicating the year of foundation of the Ukrainian Aviation as well as the year of commemoration of its centennial. On the back there is a three-dimensional embroidery with the image of number “100” and aircrafts: early aircrafts of Ukrainian Army and the ones used today. On the right sleeve there is a patch “UA” so that everyone could be certain that the polo is created in Ukraine. The upturned collar is decorated with the inscription of the air force of Ukrainian Galician Army “За волю України” (“For the freedom of Ukraine!”). Also, the coordinates of the contemporary location of the Ministry of Defense of Ukraine, 50 26'34.5"N 30 28'42.2"E, are imprinted on the polo shirt. In addition to the loop for glasses, our polos have one more practical element borrowed from the military uniform — ventilators. These are special holes under the sleeves for comfortable wearing in summer time. See more men's polo shirts in the catalog 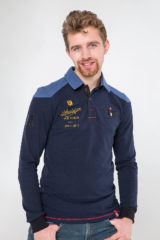 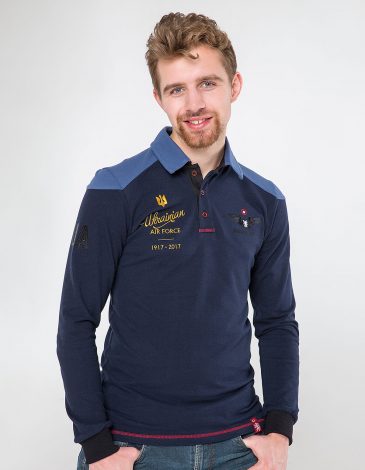 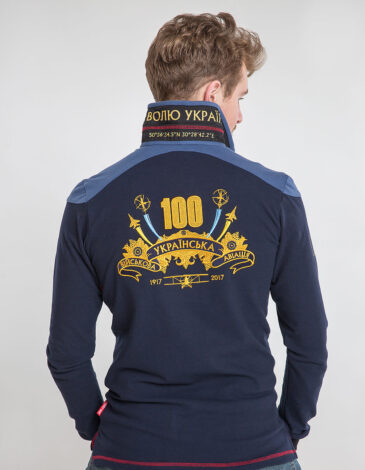 Aviatsiya Halychyny
AH_6e4b2ed6-8a93-11e8-a20f-0cc47a40fa97 Men’s polo long created on occasion of 100 years of Ukrainian Aviation that from the time of the first air force up to this day has been defending the Ukrainian sky. On the front, the year of foundation and the year of commemoration of the centennial of foundation of Ukrainian Aviation are embroidered. For extra comfort there is a special loop for glasses below the buttons. There won’t be any problems to find a place for your glasses in sunny weather. On the back, there are pictures of the first aircrafts of Ukrainian Aviation as well as contemporary ones which are in service. The number “100” is embroidered in 3D surrounded by a flower ornament. Blue stripes on the back and on the sleeves are created with the help of an original cut and sewn-in fabric inserts. The sleeves are decorated with a patch “UA” indicating belonging to Ukraine. To avoid grazing, the collar is made of soft fabric. The motto “За волю України” (“For the freedom of Ukraine”), used by UGA to identify their military hardware, is imprinted on the lower part of the collar. The coordinates 50 26'34.5"N 30 28'42.2"E indicate the contemporary location of the Ministry of Defense of Ukraine. Ventilators under the sleeves are one more specialty we borrowed from the military uniforms. 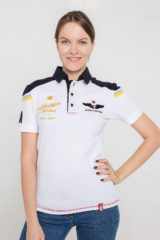 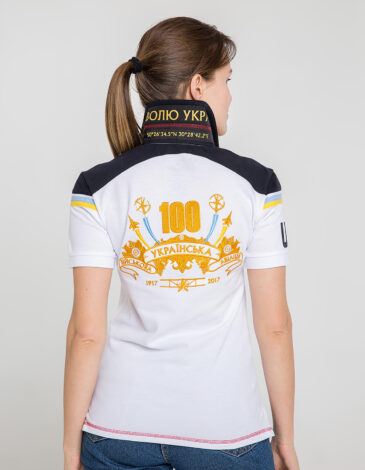 Aviatsiya Halychyny
AH_93aed7bc-668d-11e9-a21f-0cc47a40fa97 Women’s polo created on the occasion of commemoration of 100 years of Ukrainian Aviation, which has been defending the Ukrainian sky from the first pilots till now.The date of foundation of air force and the year of centennial commemoration are embroidered on the front side. If you have nowhere to put your sunglasses, use the loop we have sewn below the buttons. On the back, the first aircrafts used by the air force as well as the contemporary aviation are depicted. Being surrounded by the ornament of flowers, there is a three-dimensional embroidered number “100”. The collar is made of soft fabric to avoid grazing. The polo is decorated with the inscription “За волю України” (“For the freedom of Ukraine!”) used by UGA on their aircrafts. The coordinates 50 26'34.5"N 30 28'42.2"E indicate the contemporary location of the Ministry of Defense of Ukraine. The polos have an original cut. The black stripe of the sleeves and back is the sewn-in fabric. On the right sleeve there is the identification patch “UA”. Under the sleeves on the polo there are special ventilators to create a comfortable thermoregulation. The same holes are used in military uniform. See more women's polo shirts in the catalog 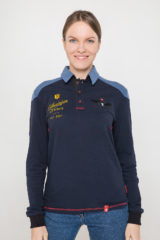 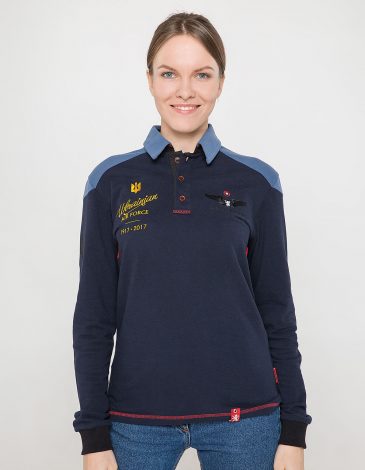 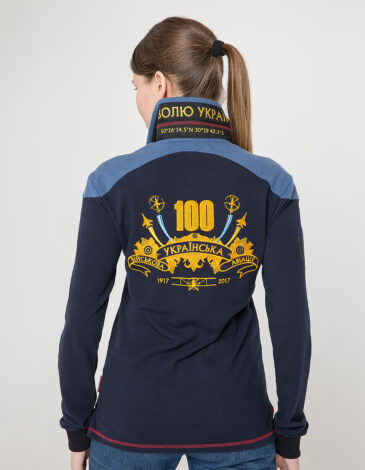 Aviatsiya Halychyny
AH_fd3c40eb-666d-11e9-a21f-0cc47a40fa97 Women’s polo long “100 YEARS OF UKRAINIAN AIR FORCE” dedicated to the centennial of foundation of Ukrainian Aviation, which has been defending our sky from 1917 till now. We created polo long especially for cold weather. On the front it is decorated with embroidered ornament – the years of foundation and commemoration of the centennial of Ukrainian Air Force. The back and sleeves are decorated with blue-colored sewn-in fabric inserts. As with true pilots, we use a loop for sunglasses, which is located below the buttons. To make it clear at first glance where the polo comes from, especially when going abroad, the fabric patch UA; flashes around on the sleeve. The back is decorated with three-dimensional embroidery. The number “100” is surrounded with flowers. All around there are the aircrafts that were once used and those that are in service even today. The collar is adorned with the print “За волю України” (“For the freedom of Ukraine”) used by Ukrainian Galician Army to identify their aircrafts. In addition, there are coordinates of the current Ministry of Defense of Ukraine — 50 26'34.5"N 30 28'42.2"E For comfortable wearing, under the sleeves there are special holes, i.e. ventilators. The same technology is used by the military in their uniform. Unisex polo (men’s sizes). Don't worry about the universal size. Polo looks great on a female figure! Pique fabric: 100% cotton. Technique of prints applied: silkscreen printing, embroidery. Size worn by the model: S. Height of the model: 175 cm. 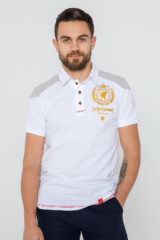 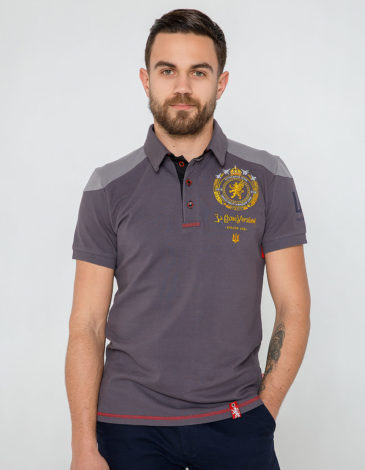 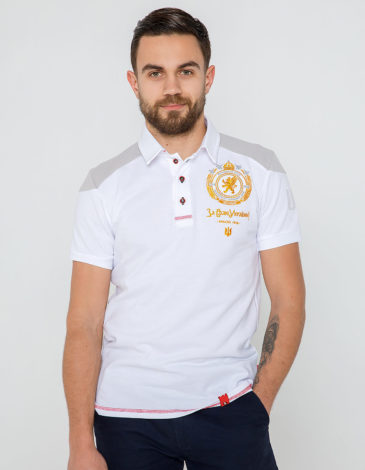 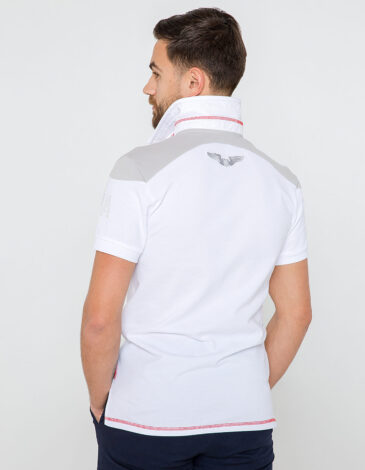 Aviatsiya Halychyny
AH_865c6715-520d-11e9-a21a-0cc47a40fa97 Cross-functional polo that will suit any look. Embroidery put on the polo is dedicated to the centennial of the foundation of the Aviation regiment of the Ukrainian Galician Army led by Petro Franko in 1918 in Krasne town (Lviv region). The polo is made with an original cut. It has a special loop for glasses below the buttons. On the left sleeve there is an embroidered inscription “UA” and “limited edition”, as it is a truly limited collection dedicated to this event. If you unfold the collar you will see an imprinted inscription “Літунський полк” (“Aviation regiment”) and the coordinates of the regiment in Krasne town 49°55′03″N. 24°37′11″E. Under the sleeves there are special holes, i.e. ventilators. See more men's polo shirts in the catalog